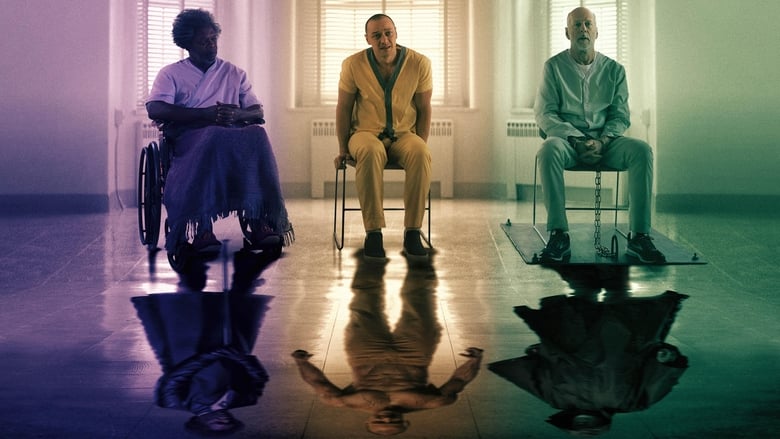 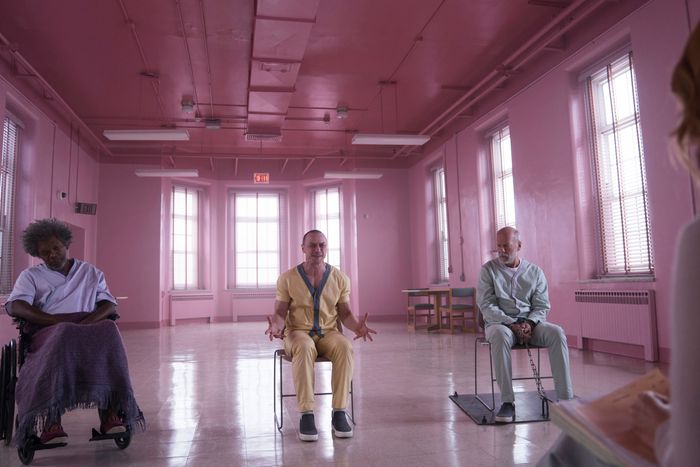 (NOTE: This review contains general spoilers for both Split and Unbreakable that are not in spoiler text)

Even with lowered expectations, it was surprising just how fine I found Glass.

As the culmination of the trilogy, you would expect that the problem would be that the movie is overstuffed or working too hard to tie up any and all loose ends. Instead, the opposite seemed to be the problem to me.

The main action takes place in a mental health facility. David Dunn (Bruce Willis), Elijah Glass (Samuel L Jackson), and The Beast (James McAvoy) have all been captured and are under the "care" of a doctor (Sarah Paulson) who tries to convince them that they are not actually super-powered.

The tragedy of Glass is that it sets up two potentially interesting character arcs/themes. The first is how each of the "Supers" relates to their close ones. David's son, Elijah's mother, and Casey (Anna Taylor-Joy), the young woman who survived abduction and assault by The Beast. The other arc/theme is about how the three men actually connect to each other.

Frustratingly, the film achieves, like, a 25% success rate with both of these aspects.

Performance wise . . . eh. Jackson does fine work with Elijah--a man so lasered on his mission that he no longer has any real bearings of right or wrong. Willis plays David with the same smirk he's had on his face in every film for the last 40 years, and it feels less and less like a wry dude and more like an actor thinking "Can you believe I'm getting paid millions of dollars for this?!". McAvoy puts a lot of effort into his DID-diagnosed character, and frankly I don't think it's his fault that the script is so in love with the trick of rapidly switching between personalities. In fact, I felt as though his portrayal of Kevin (the original personality) was really strong and distinct and devoid of the showboat elements of some of the other personalities. Anna Taylor-Joy is basically wasted. It's nice that Carlayne Woodard and Spencer Treat Clark reprise their roles from Unbreakable, but neither are given much to do and as David's son, Joseph, Clark is given some painful "comic relief" moments.

A handful of nice images and some good character moments, but overall just completely forgettable.