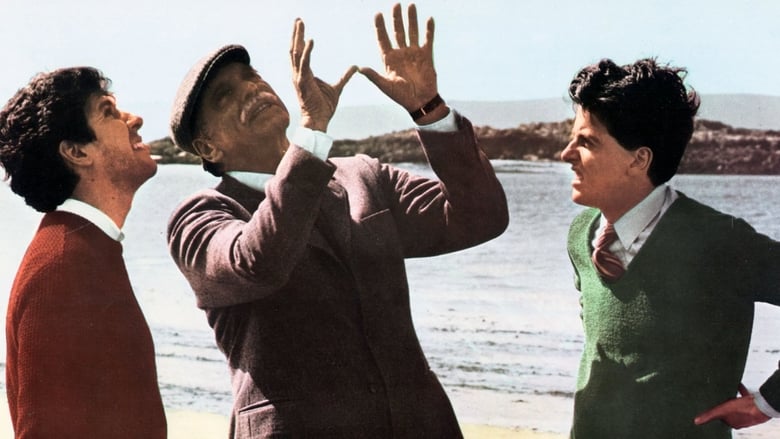 Halfway through Local Hero, I thought to myself, why is this movie so praised? It didn't seem like a particularly engrossing story. It was entertaining, sure. A little funny, but not side-splittingly so, by any means, despite its being labeled as a comedy.

Yet, when the credits rolled, it all hit me at once: this is a brilliant film. One of the best I've watched in ages - and I've spent most of the past few years watching Ebert's Great Movies list.

It's difficult for me to fully articulate my thinking yet, so consider this a first draft.

The cinematography is gorgeous. The music is enchanting. The performances - everyone from the legendary Burt Lancaster to the incredibly young Peter Capaldi and even frat boy Peter Riegert, are lovely, subtle, and delicate. The writing is full of understatement and whimsy. But its more than that. The sum of all of these things far outweighs its component parts.

At first, Local Hero seems like a pretty standard fish-out-of-water premise. Yuppie oil exec goes to small town in Scotland to literally buy the town for an oil refinery his company wants to build there. The town is similar to what you might expect - or appears to be, on first glance. Colorful small town characters with a far different point of view on life than 'Mac' Macintyre, the yuppie oil exec in question (Riegert - chosen for the trip only because his last name is Scottish, though this is not his ancestry).

But peel back the layers a bit and things are just a bit askew. The people of the town are well aware of Mac's mission. They want to sell, get paid, and live the easy life. They have no overly romantic view of their small town life. Instead, they're ready to cash in.

And Lancaster, the rich oil CEO with seemingly everything is not the evil, environment-hating character you might initially expect. Not at all. In fact, he's deeply in love with astronomy, is quietly eccentric, and spends half the film getting aggressive bullying therapy from a bizarre corporate shrink.

Then there's Capaldi, who is, as always, a revelation, albeit a quiet one, in his film debut (he looks about 15). His arc unfolds neatly between the folds of the larger story, as he falls in love with both the town and a stunning marine biologist with webbed feet (Marina, played by Jenny Seagrove).

Finally, there's the locals, lead by the hotelier/bartender/accountant/negotiator Gordon Urquhart, played intoxicatingly by Dennis Lawson, his fabulous wife, Stella (Jennifer Black), and Ben, an old man that lives on (and, it turns out owns) the beach (Fulton McKay).

It's a revelation of a film that breaks your heart at the same time as it lulls you into a magical reverie. It demands to be seen many times. In our crazy, practically apocalyptic world, it is a welcome solace - an oasis of lyrical loveliness I cannot recommend more highly.