by Gideon58
posted on 9/16/20
in
Liz & Dick
Lifetime just bit off more than they could chew when they attempted to bring to the small screen what was, arguably, Hollywood's greatest love story, with a lavish but hastily put together 2012 TV movie called Liz & Dick, an alleged up close and personal look at the romance of Elizabeth Taylor and Richard Burton. 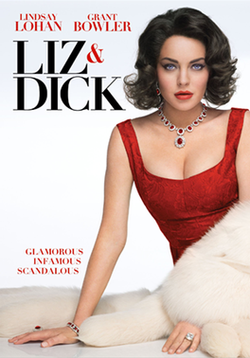 The film opens with Burton writing a letter to Elizabeth on the final day of his life and then reverts to the stars narrating their own story talking about their first meeting and their first impressions of each other. The film then follows the pair and their first meeting on the set of Cleopatra through their tempestuous 12 year marriage full of passion and fighting and ego bruising that eventually led to divorce, even though they were still in love, evidenced in a remarriage that lasted until Burton's death.

Having always been a huge fan of Elizabeth Taylor, I was hoping for some insight into the star but quickly realized that wasn't going to happen when I learned this movie was made by Lifetime, and made with all the care of a fictional movie with Lifetime queens like Markie Post or Connie Selleca. Christopher Monger's sketchy screenplay seems to be based on basic facts regarding the Burtons' life and building imaginary drama around them. I was impressed that it was mentioned that Burton was not the first choice for Marc Antony and that Sophia Loren was the first choice to play Taylor's role in The V.I.P.s, but the story just skips around too much and doesn't really teach us anything that we didn't know about the Burtons already.

One thing I feel this story nailed was Burton's bitterness about never winning an Oscar, though nominated two years in a row, once with Elizabeth, who won that year. The movie clearly establishes the kind of shallow and flighty person Elizabethand how easy it was for Burton to get Elizabeth in line with a shiny bauble. Richard's heavy drinking was also well documented here, starting on the set of Cleopatra and how Elizabeth never could keep up, Where the movie lost me was trying to recreate real parts of the Burtons' story, like a scene from Who's Afraid of Virginia Woolf? that only those who have the movie memorized like me, will know was absolutely dreadful. 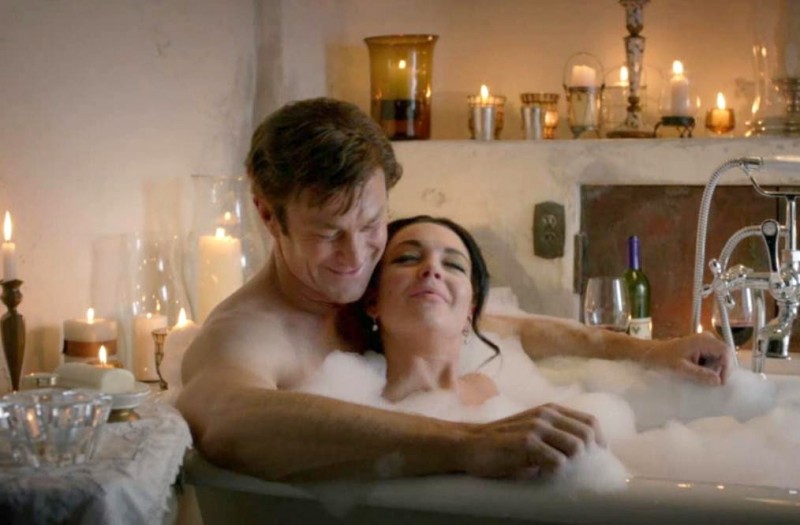 Needless to say, casting was an issue as well. Lindsay Lohan did not provide one convincing moment on the screen playing Elizabeth Taylor. Clearly, Lifetime didn't have the budget to offer this role to a more appropriate actress. Grant Bowler was better as Burton, but not much. He at least had the voice down, which is half the battle with Burton. I also liked Ifor Jenkins' as Burton's brother and Theresa Russell as Elizabeth's mother, but this movie was just above Lifetime's pay grade. I hope a big studio film will be done on the Burtons someday because their story deserves to be done right.
ģ More about Liz & Dick
ģ More reviews of Liz & Dick
ģ More reviews by Gideon58