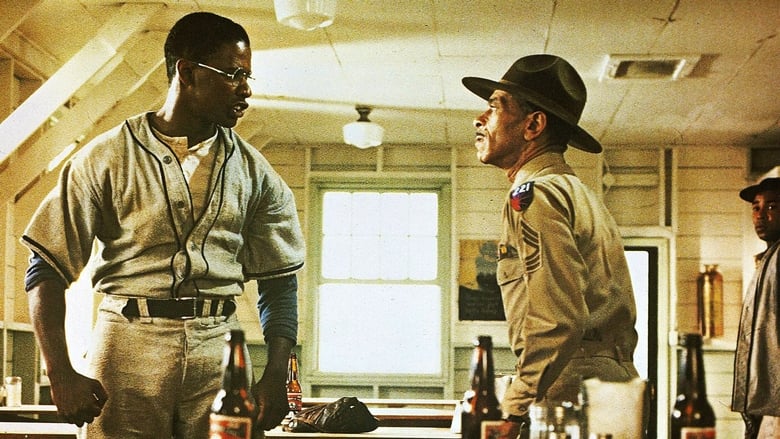 by Gideon58
posted on 9/10/20
in
A Soldier's Story
Despite a sluggish quality to the direction, 1984's A Soldier Story is the emotionally charged film version of a stage play that was basically In the Heat of the Night with a dash of A Few Good Men that was so well acted it did receive an Oscar nomination for Best Picture. 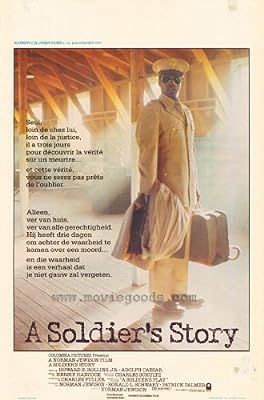 It's Louisiana 1944 when a black military attorney from Washington DC (Howard E. Rollins Jr.) is sent to the Bayou state to investigate the death of a black sergeant (Adolph Ceasar) who, as the investigation progresses, is revealed to be hated by just about everyone on the base. Our attorney finds all kind of motive during his investigation, but his job is to find means and opportunity.

The film is based on a play by Charles Fuller, who was allowed to adapt his own stage work into a viable screenplay. It's likely that Fuller chose to change the format of the story to make it more interesting onscreen. I've never seen the play, but I suspect the first act focuses on the character of the evil Sergeant Waters and the second half on the investigation. The film open with Waters' murder and as the attorney, Captain Davenport arrives, the Sergeant's behavior that made him so hated is revealed in flashbacks as Davenport begins questioning suspects. As one might suspect, racism is part of the story here, but it is a different kind of racism than what's seen in films like In the Heat of the Night or Do the Right Thing. This story takes place at a time where blacks weren't really fighting for civil rights yet, but wanted them just the same. Despite the soft peddling of the racist angle here, also due to the fact that most of the principle characters are black, there is a racial tension bubbling under the surface here that helps to make up Norman Jewison's surprisingly pedestrian direction. I loved the reactions of the soldiers on the base during Davenport's arrival, not expecting a black officer, since most blacks in the military in 1944 were NCO's.

Jewison is no stranger to this kind of material, but if the truth be told, he doesn't bring a lot of imagination to his direction and the movie moves like a tortoise. The performances are first rate though, headed by the late Howard E Rollins Jr, who brings a real Poitier quality to his intrepretation of Davenport and Ceasar's flashy performance as Sergent Waters earned him an Oscar nomination for Best Supporting Actor. The supporting cast is solid, with the standout work from Trey Wilson, Robert Townsend, Larry Riley, and a young guy you might have heard of named Denzel Washington, who received ninth billing. It could have had a quicker pace to it and I imagine it probably worked better onstage, but the actors do manage to sustain interest.
ģ More about A Soldier's Story
ģ More reviews of A Soldier's Story
ģ More reviews by Gideon58