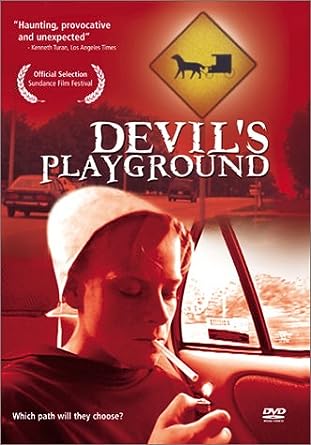 
This is an excellent documentary on a little known facet of Amish life known as rumspringa. When teens in the Amish community reach the age of 16 they are allowed to live as "english" (non Amish). They can return to the church, but once they return they are bound by the Amish way of life. If they break that code they are shunned from the church for life.

The film follows four or five teens who are going trough the Rumspringa ritual. Among these teens is the ministers son, who just happens to be as wild as they come. He is involved in a sexual relationship outside of marriage, he does drugs (not just pot, but methamphetamine among others.) Some of these kids get a little taste of freedom and go of the deep end. In fact, almost everybody I have shown the film to thinks the whole idea of Rumspringa is crazy. In the state where the film was filmed it is widely believed that the Amish parties are the wildest. Amazingly the Amish claim that they do not lose as many kids as you would think through Rumsringa. The movie mainly focuses on the kids with some interviews with a few adults