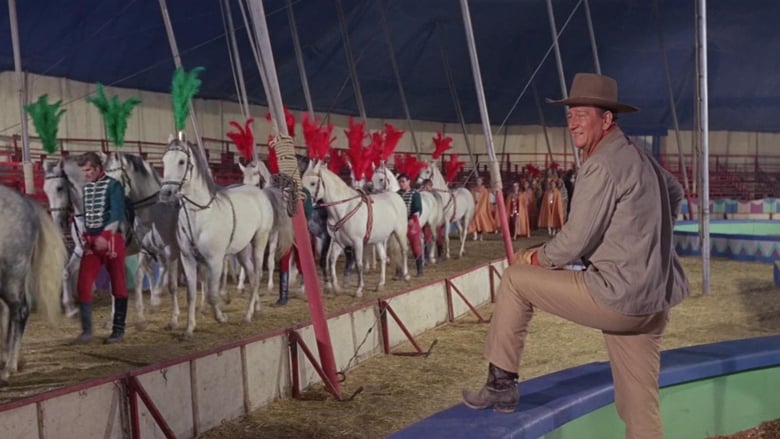 by mattiasflgrtll6
posted on 7/06/20
in
Circus World 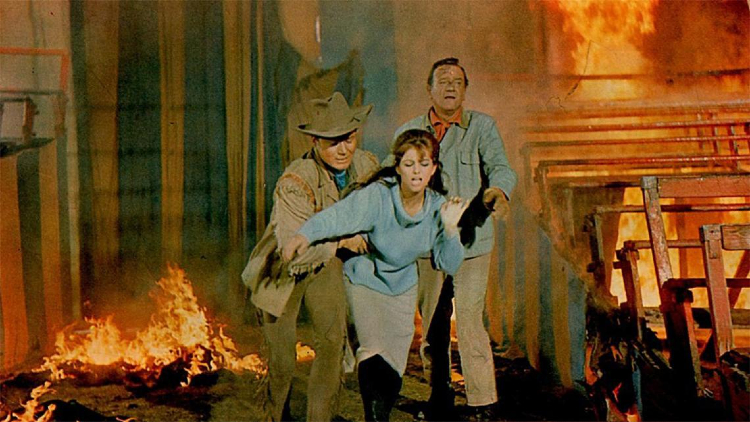 In an effort to reignite success into his circus show, Matt Masters wants to tour in Europe. He also has a hidden motive behind this however, to find his old love and mother of stepdaughter Toni. Once he finds her, he comes to realize it's not only the circus he'll struggle with...

I quite liked this movie. John Wayne is mostly seen as a macho western star, but once in a while he can also be subdued and sensitive. His character gets to deal with a lot of emotional difficulties throughout, and the inner pain is portrayed in his face very well. Rita Hayworth and Claudia Cardinale as his wife and daughter are just as great. I liked Hayworth in You'll Never Get Rich, and she didn't disappoint here either. The chemistry between her and Wayne is so believable that if you told me they got along just fine behind the scenes, I would have believed you.

What's most interesting is how it portrays the relationship between Lili and Toni. Lili wants to connect with her daughter again, but constantly has to do it under the guise of being a complete stranger. Not to mention the potential emotional lashout Toni might suffer if she figures out the reason she really is there. Your father killing himself and mother then falling in love with your stepdad would definitely be a hard pill to swallow.

The scene where Toni finds a note revealing what really happened to her father contains the finest acting moment in the whole picture. Her reaction to this is devastating, and Cardinale portrays the anger and hurt so convincingly it's scary. Matt understandly gets shocked, but was also prepared this might happen.

Thankfully it ends on a sweet note as she and Lili come to Matt's rescue when his life is in danger.

It's not just the drama that makes the movie however. It's also about a circus. Henry Hathaway directs these sequences with a clear affection for the art, since they are quite spectacular and entertaining to watch. I feel a bit mixed about the use of animals since it was hard not to worry about them getting hurt for real, but watching the performers and clowns doing their thing is a joy to behold. Imagine being a trapeze artist and trying to do 100 swings in the air!

The energetic score by Dimitri Tiomkin does a good job of setting the circus atmosphere.

As heavy as the story gets, there are also a few comedic moments. The funniest one for me is when Toni and Steve (The man she is in love with, but Matt has reportedly been antagonistic towards) are kissing each other, trying to hide from her father. But Steve is sick of sneaking around, and decides to tell Matt in a confronting manner that he genuinely loves her daughter and that he should stop treating him as an enemy. But since he is now in a good mood after Lili wants to stay, he gets the first word and happily asks Toni how her trapeze act is going, as well as tells them they can "go back your secret hiding place that nobody knows about". That final line is really what makes it.

If you come for Wayne the action star you'll be disappointed, but if you want a well-acted drama with realistic and engaging characters you might get your value out of it. Along with The Barbarian And The Geisha this is one of his most underrated works.