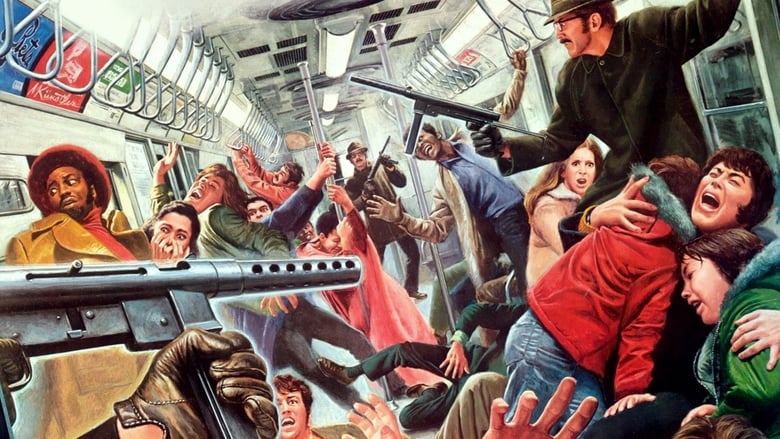 The Taking of Pelham One Two Three

The Taking of Pelham One Two Three
(Joseph Sargent, 1974)


When it comes to film-making, the 70's always seemed to do it better. Prime example: the original Taking of Pelham One Two Three versus Tony Scott's 2009 remake. The latter is glossy, hyper-kinetic, faster paced, yet despite its attempts to modernize the story and make it more exciting, the remake fails to leave an impression. Conversely, the 1974 version is coarse, drab, patiently paced, yet it laps the remake in terms of suspense, intrigue and tension. There's no replicating the authentic grittiness of 70's crime films, especially those set in the urban jungle of New York City, with its jostling hordes of humanity, idle taxis burping exhaust, horns, sirens, incessant noise. Everyone's already perturbed and short-tempered even before news of the hijacking breaks. The thought of terrorists holding commuters hostage aboard a subway is viewed more as a nuisance than a threat. (Demand my ransom some other time; I've got appointments to keep!) Such is life in the Big Apple, circa 1974.

The color-themed code names in Reservoir Dogs are lifted from The Taking of Pelham One Two Three. (Quentin Tarantino is my favorite writer/director, but as I continue to discover the films that inspired him, I find myself wondering if he's ever had an original idea.) Here we have Mr. Blue, Mr. Green, Mr. Grey and Mr. Brown -- names that double as the film's primary color scheme. You'll find no candy-coated modern-day sheen among the subterranean tunnels and crowded office spaces -- just grimy leftover residue. Hangdog centerfold Walter Matthau puts his basset-hound face to great use. He's all wrinkles and slumped shoulders, negotiating with the hijackers as if it's an unusually hectic 9-to-5. He's tired and annoyed and needs another coffee. The terrorists are an amalgam of personalities. Their matching disguises make it difficult to tell them apart physically, but they each have their own distinct methods and personalities. The stand-out and unspecified leader of the group is Robert Shaw as Mr. Blue: professional, uncompromising, extremely dangerous. Martin Balsam as the sneezing Mr. Green is the softest of the villains, but perhaps the savviest as well. It was also a pleasure to see the recently deceased Jerry Stiller in a notable side role.

A wry sense of humor runs through the film, mostly in the form of sarcastic quips. Though many lines made me smile or chuckle, the humor never punctures the ongoing tension. The portrayal of authorities and people in power is noticeably cynical. I read a review that suggested the mayor's flu is symbolic of the government's corruption/incompetence, and I think that theory bears weight. The score is quite distinctive: jazzy, propulsive, even a bit funky. The story feels grounded and realistic. Suspense builds like a ticking time bomb. If I had one complaint, it's that the climax occurs a bit too soon, leaving a lot of downtime until the last culprit is sought and discovered. It's been said that the film ends with the most famous sneeze in movie history. It's an unusual ending that's perhaps a bit too telegraphed with all the previous "Gesundheit"s, but the final reaction shot is the perfect cap to this seminal seventies thriller.