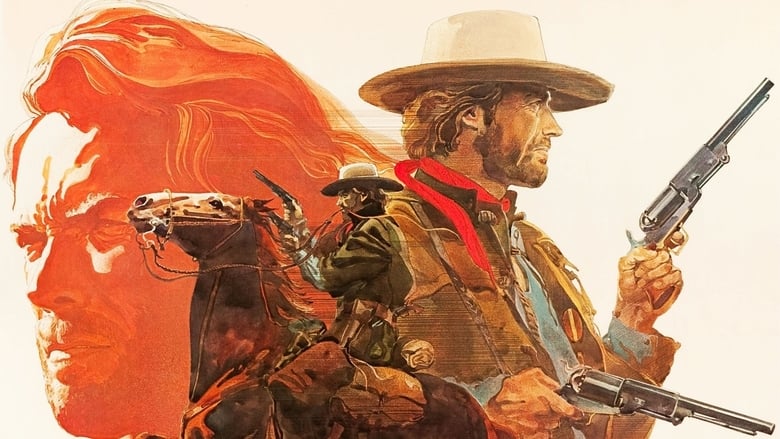 I enjoy how Eastwood takes his time developing the story, bringing in more and more characters, starting out tragically, then lightening the tone. Sam Bottoms (The Last Picture Snow, Apocalypse Now) is very affecting as the young Rebel who's Josey's closest friend at the beginning. Chief Dan George (Little Big Man) is a hoot as always and plays well opposite Eastwood. John Vernon (Dirty Harry, Animal House) is effective playing Wales' friend and enemy depending on his orders and Billy McKinney, The Rodent's fave character and the rapist from Deliverance is hateful as Captain Redlegs. Will Sampson (One Flew Over the Cuckoo's Nest) brings great dignity to Ten Bears in his brief, powerful, and extremely-well-written meeting with Josey. Sondra Locke, who was so good in her debut, The Heart is a Lonely Hunter, makes an ethereal love interest who brings out the gentler side in Josey, and makes her first of six appearances in Eastwood films. Eastwood is as iconic here as in any of his Leone flicks and spits a mean wad of tobacco juice. His direction often resembles that of John Ford and Howard Hawks at times. Here was my last write-up about it [responding to someone who didn't like westerns]:

No matter how Eastwood came to direct the film this remains his best, most-thoughtful and entertaining flick. It's simple yet complex, it's highly-dramatic but very funny, it's crammed with action but has many thought-provoking scenes. The Outlaw Josey Wales is a fortuitous set of events especially for all filmwatchers who partake of its charms. If you truly believe that Eastwood is a slipshod filmmaker who stumbles into his awards and acclaim, maybe you should take some deep breaths and watch this film. If you still don't get it maybe you should try studying some American history instead of acting like Westerns are beneath you and have nothing for you to learn about and enjoy.
ģ More about The Outlaw Josey Wales
ģ More reviews of The Outlaw Josey Wales
ģ More reviews by mark f