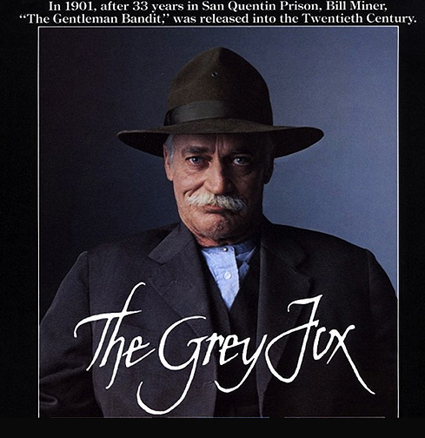 
A western of a different flavor...The Grey Fox is an award winning, biographical Canadian film, that's not like the typical western.

The Grey Fox is an introspective, personal tale of a 'gentleman bandit' who robbed stagecoaches in the 19th century and eventually was caught and set to prison for 33 years. When The Grey Fox (Richard Farnsworth) finally gets out of prison, it's the 20th century and he's now a senior citizen. He faces a world that has changed leaving him a relic of the long gone 'old west'. 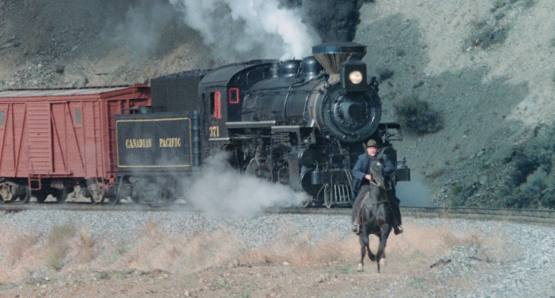 The film is done in a subtle manor with leisurely pacing and mostly non violent with the emphasize on the aged outlaw trying to cope with the changing times. I liked the personal tale style of the movie and the more low key approach which fits the filming style of the movie. The filming sites were in British Columbia Canada and in my state of Washington, which I thought was cool and gave the film a much different look and feel than the typical hot, dry and dusty western.