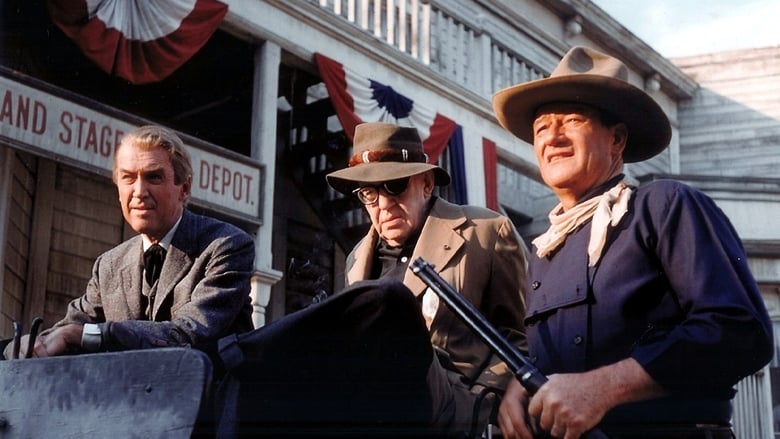 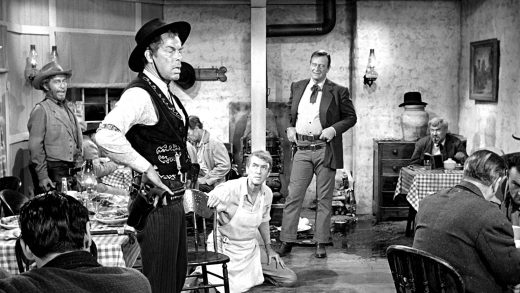 
This is a good example of a movie I needed to rewatch! Yes, I'd seen it before and liked it, but I didn't remember a damn thing about it. It's interesting that this movie comes at the end of director John Ford's brilliant career and it marks the end of an era in westerns. With the coming of Clint Eastwood and the much more action packed, violent spaghetti westerns that would dominate the 1960s, The Man Who Shot Liberty Valance hearkens back to the heyday of westerns. And yet it's modern in that it revolves around the changing events of a fictional western town through time, much like America had changed during the 20th century. We see the western frontier town go from the wild west days when a bad man like Liberty Valance could rule the roast...to the later days when rule of law and societal norms had caught up to the little town of Shinbone.

Director John Ford diminishes the characters impact and makes the changing times of an American icon (IE the western town) the principal theme. Initially I was surprised that John Wayne had such little impact in the film, I mean this is not The Searchers or Rooster Cogburn. Here the Duke is just another gear in the machinery that highlights Americana, family and the old west. I guess that surprised me some as I expected with the big name actors that this would be their film...but John Ford wisely puts them into the background so that the overall themes of change can come more into focus.