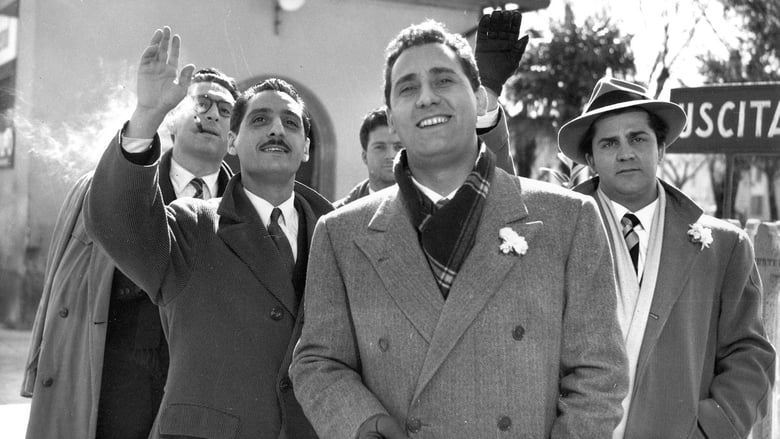 Martin Scorsese has cited the work of Fellini and specifically this film as a key influence on his work, and you can see a lot of the parallels. He draws most heavily on this film in Mean Streets, a favorite of mine, and a lot of Scorsese's hallmarks seem to draw from the blueprint laid out here. Scorsese is one of my favorite filmmakers, and I can see clearly why he drew on this movie. It's an excellent film. It almost doesn't feel like a film but like a neighborhood, and the lives of its inhabitants, rendered into cinema, but deeply real and persistent beyond the edges of the frame.

This is the strength of the film to me, and, like Scorsese with Mean Streets, this strength is derived from the autobiographical relationship the director has with the subject matter. Every character feels like someone Fellini must have known, and he did an excellent job bringing his community to life onscreen with sensitivity while not sanding off the harsh edges of their lives. Fausto, in particular, is a man of harsh edges. He is not denied empathy by the film, but his misdeeds are not excused either. Sandra deserved a better man than him, and the film doesn't shy away from his failings. It's a delicate balance to portray something with love while not seeing it through rose-tinted lenses, and Fellini finds that balance.

Moraldo is the character I found myself most drawn to. He's a quiet person, and over the course of the film, he grows to realize that he can't stay where he is anymore, watching Fausto's antics hurt the people around him and seeing his friends unable to grow up beyond their stunted boyhood. He may love his home, but he knows he doesn't belong their anymore. This is a film about coming to terms with adulthood, with the fact that the misadventures of early adulthood have to end at some point and life has to be lived. Moraldo realizes that and decides to live his life. The rest of his friends have not.

I'm glad to have discovered this film for myself at this time in my life. I'm nearing the end of college and thinking a lot about what I want my life to be and how I want to live it. I find myself in a similar position to Moraldo, ready to move on and live my life and go beyond the circumstances and community into which I was born. This is a film about that experience, among many other things, and I always find it interesting and fulfilling when a film stumbles into your life and just the right time, especially one as good as this film by a filmmaker as remarkable as this filmmaker.
» More about I Vitelloni
» More reviews of I Vitelloni
» More reviews by BraedenG33