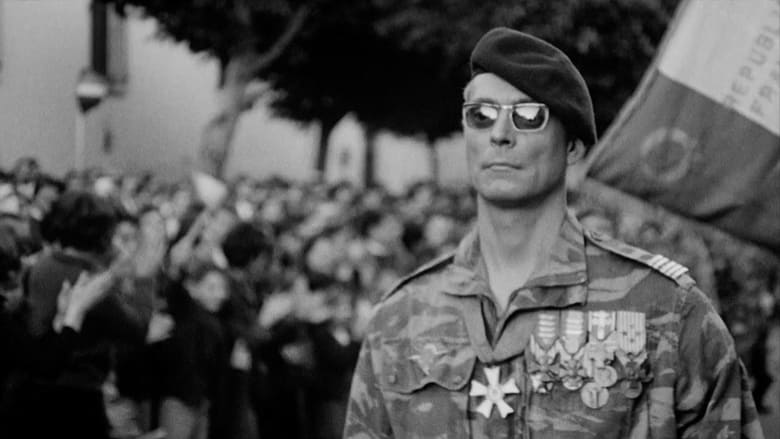 by Olivier Parent
posted on 4/08/20
in
The battle of Algiers: realism at is best 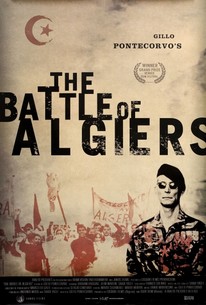 The battle of Algiers (1966); 121 min; 1:85:1
Genre: Drama/ War
Directed by Gillo Pontecorvo
Produced by Antonio Musu and Saadi Yacef
Writed by Franco Solinas
Story by Franco Solinas and Gillo Pontecorvo
Starring: Brahim Hadjadj
Jean Martin
Yacef Saadi
The movie take place during the Algerian revolution when Algeria was a french colony and his based on a true story. Indeed, Saadi Yacef the producer, was the head of the FLN and wrote his memoire in a book. In fact, the movie is so realistic that it is presented at the Western Hemisphere Institute for Security Cooperation it as also been banned in France in the 70's.

summary
After a series of attack in Algiers perpetrated by the FLN, the colonel Mathieu, a veteran is sent to dissolve the terrorist group.

The movie is known as stated earlier for his realism but also for being unbiased. Indeed, even if the producer is algerian, the movie is not anti-french. The movie also humanize his characters even though they do horrible things. For exemple, we see terrorists member having emotions like crying or laughing and french soldiers doing the same. This is particularly true with the character of the colonel, who with his dialogue, become really empathic. Also, in the contrairy of many war films, the ennemy soldier in this film ( Colonel Mathieu ) isn't a bad person like Hans Landa in Inglorious basterds, he his like he says a soldier with the responsability to win. Finally, even if they talk about terrorist and terrorism in the movie they never get near the stereotypes which is rare nowadays.

CONS
I only spotted two cons. The first one and probably most recognisable is the acting. Apart from Jean Martin and the actor that play Ben M'Hidi ( I didn't found the actor name anywhere sorry) who both play well and are inspired the rest of the main cast are average and the figurants are completly off-based. You have actors starring at the camera, dead bodies that are breathing, dialogues that feel fake and many more. The second bad thing is sound editing. I watched the movie in french, in it's original version, and very often the lips were moving but no sound were heard. The worst was during a scene of marriage where during the praying time the priest's voice changes completly. At least, there was one good idea I spotted immediatly. Towards the end of the movie, during a shooting, the sound of the bullets fired are mixed with the sound of a nearby chopper and the results is nice. Unfortunatly, it is the only positive thing I spotted when it comes to sound design.

PROS
I found the movie amazing, of course it is not excellent, but my appreciation explain the huge quantity of pros I found. The best the movie does is of course transcribe the true story of a man who fought along the FNL with realism while being biased. Previously, I said that the sound editing was bad but the movie editing though is really good since we follow the characters during six years with 15 ellipsises variang from hours to years without being lost and while staying coherant. The screenplay is also great. The characters of Ali and the colonel are really well introduce, the scenario make sens throughout the movie but the best part of the scenario is by far the speech about freedom made by Ben M'hidi and the multiple thoughts of colonel Mathieu that I will let you discover by yourself.

Now that we are near the end, I want to attack the two biggest pros in my opinion. The staging and the visual effects. Let's start with the staging. First, the camera always move for a reason. The use of the shoulder cam is always during action scenes and at the right moment as well as the zoom and other camera movement. For exemple, during the marriage scene, after the prayer, the camera moves up to the sky as if to recall god's existence. The blocking is also really well done. For those unaware of what blocking is, it is the location and movement of the actor thrue space during a scene. So as I said, the blocking is superb because of the many manifestation scenes in the movie. Those scenes present at the screen nearly a hundred actors and even though as individuals the actors aren't the best as a group of coleric manifestant the result is impressive. A notable mention have to be made for the scene that shows Ali going in the Sabah to find a crook and he is always filmed down. He seems to always go down and the deeper he goes the closer he gets to the bad guy and I find this trick of staging simple yet very effective. Finally, the last pro in my opinion is the special effects. In this movie, there is many, many, many
explosions and it blew my mind to see how realistic they were. We really felt the power of each explosions. And afterwards, we were still amazed thanks to the job of the costumes and decors. The buildings half-way destroyed and the clothes of the deaths all tear-up and bloody were really convincing especially for the time.

In conclusion, I loved that movie, that mix learning and entertainment. I don't like grading movies because it makes no sens to me but I would put it a 4 out of 5