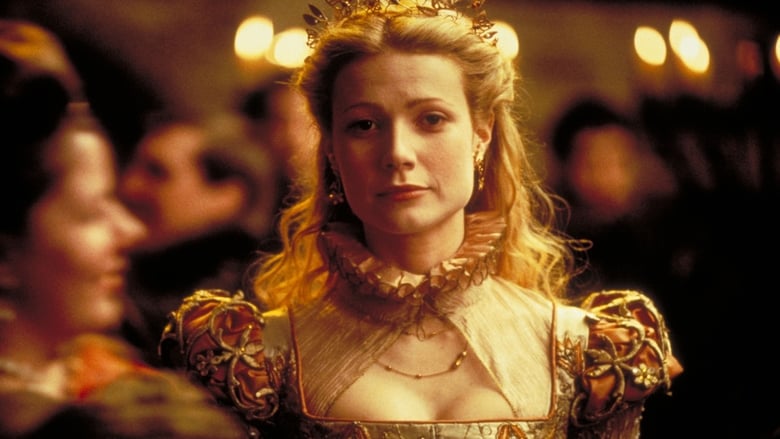 
Review: As one that usually does not like the movies/plays in old english, I found this one to be refreshing. I felt this was good an introduction to Shakespeare as I have found. This in large part due to the fact that the movie only features excerpts from the play and thus is able to feature the full poetic force of the dialog in the play.

Besides the poetic force of the movies script there is also the humor that has been injected throughout the movie.The fact that the original title had something to do with Rosalind the pirates daughter..

There is also the competition between Phillip Marlowe and Shakespeare that added some humor. When Marlowe claims he is going to follow up his successful play with a new play entitled the Massacre of Paris. There are also scenes that seem relevant to the Hollywood of today. A boatman seeks to promote his own amateur play writing skill while he has Shakespeare captive in his boat.

There are also clever revelations to the commercial nature of the theater when Tom Wilkinson's character decides to pay the actors through "share of the profits". When Enslow points out there are never any profits, Wilkinsons character says, of course not.

In the film Shakespeare moves from writing a comedy to writing a tragedy. In the movie, "Romeo and Juliet" the play is being written along same line as Shakespeare's and Gweneth Paltrow's character. It moves from comedy to tragedy as it becomes apparent that they cannot overcome the differences of their class in life.
I appreciated that they did not tag a happy ending on to the story. That would have ruined it. As Paltrow's character says, that the real tragedy would be for the events in the movie to cause Shakespeare to cease to write.