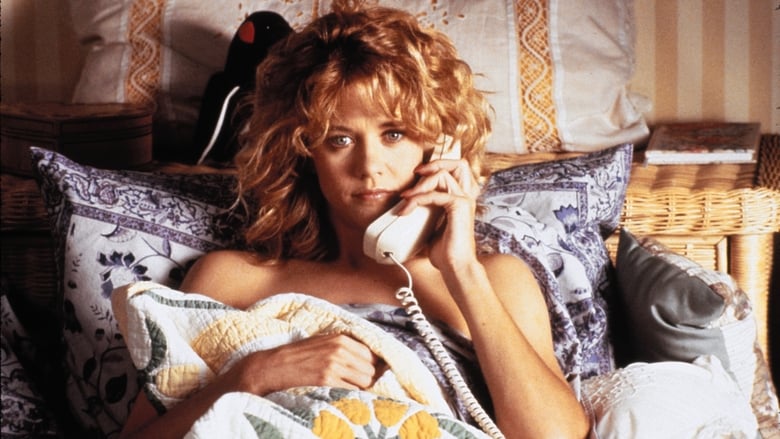 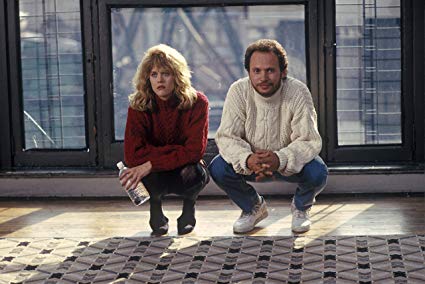 Nora Ephron's screenplay is really a thing of beauty. In a way it reminded me of a Woody Allen film, only without the cynical outlook on life. I liked the way her screenplay examined relationships, while feeling very grounded and real at the same time. Of course Nora Ephron is one of the legends in movie screenplay writing and she doesn't disappoint here.

I thought Billy Crystal was a jerk at the start, and of course so did Meg Ryan's character. I've never liked Billy Crystal much in his films, he often seems too jerky to be likeable. Meg Ryan was a bit of a snood too here, and heaven forbid if you should ever have the misfortune of taking her to a restaurant. But as they both grew older they mellowed and became more complex characters and that's thanks to the phenomenal screenplay and probably to the director Rob Reiner too. It's hard to tell in any movie if the credit goes the director or writer?

When Harry Met Sally is one of the best written relationship films I've seen, except for two scenes that I think were over cooked. They are...The famous orgasm scene...and Billy Crystal doing his elderly Jewish man bit (which he did on the TV show Soap as well). Both were over the top and felt like comedy bits and didn't fit with the realism of the rest of the movie. I read that both scenes were improvised and not originally in Nora Ephron's script. To bad the director didn't modify those scenes to make them match the rest of the film's feel & flow.

Awesome drama, but I didn't even think of it as a comedy so don't know how to rate this as far as laughs go.