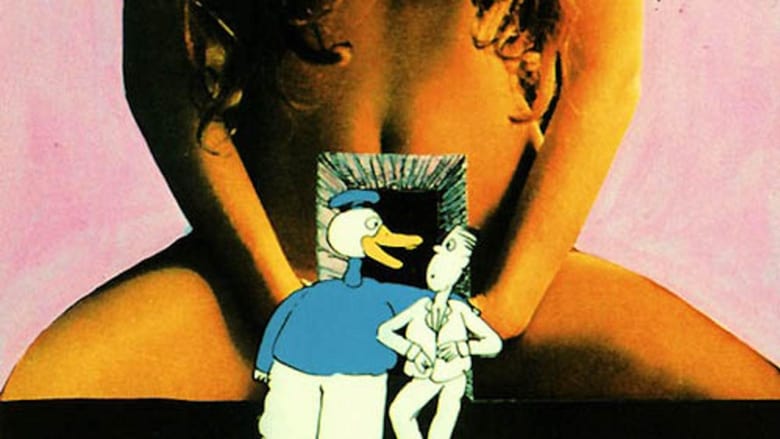 Down and Dirty Duck

by mattiasflgrtll6
posted on 1/02/20
in
Dirty Duck 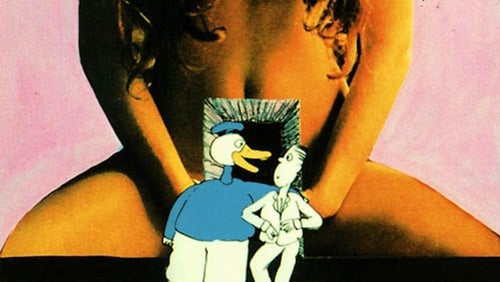 Willard's life is going nowhere. He's stuck at an awful job as an insurance investigator with a pushy boss, and is always too nervous to ask the girl at the office he has a crush on out properly. But one fateful day when he meets a pimp at a bus, everything changes for him...

The only movie stranger than this I can think of right now is Begotten. This entry from the underground genre isn't perfect, but never unengaging and quite entertaining in its weirdness.
The animation is crude, but it somehow fits it very well. There are lots of creative sequences such as the cop who can turn himself into a police car. Or is it the other way around? There are also some truly absurd representations of sex, none of which are erotic in any way but very humorous. As expected in the underground world, people get naked easily or are just walking around that way for no reason. For example, Eddie the duck rips Willard's clothes off at one point, and instead of finding a new set of clothes before going back to work, he just comes there naked. I find it amusing how his boss never comments on it in any way.

It's pretty hard to tell what the plot is, but I'll try to describe it. Willard's confidence is very low, but he sees an opening when a pimp convinces him to buy some dope from a dealer. He's also been sent on an assignment to check on the claim of an old woman who supposedly is dead. He meets "Good Duck" (whose real name is Eddie) and his mother, who has the claim. It turns out she's still alive, but she insists that she'll be killed by a wizard on this Tuesday. Oddly enough, when Willard grumpily wishes her dead, she dies of a heart attack right way. Her heritage says whoever kills her will be in charge of her son. Eddie's mad at him at first, but then decides to cheer him up and show what life is all about.

The poster kinda falsely midadvertises Eddie as a slick player when he's more of a goofball hippie who kinda bumbles his way through everything. Mark Volman's slacker-like voice suits him well and delivers in my opinion the funniest line in the movie ("Shut up, Yoko!").
Howard Kaylan also voices the protagonist Willard to enthusiastic effect, really getting across his massive insecurities and hormone-charged issues.
The voice acting in general is pretty solid. The best one has to Robert Ridgely as the stuck-up police officer who is all about patriotism and *hates* ducks. Especially when they crap in his coffee! He's also hilarious as the overly ecstatic pimp who tries to sell Willard on the idea of weed.
Cynthia Adler also does a good job as Willard's boss and one of the lesbians that he and Eddie meet.

The soundtrack is very groovy and fun to listen to.

Yet, for as much enjoyment you get out of the trippy sequences throughout, Dirty Duck still has its flaws.

For one, Willard is made almost too pathetic, to the point where it's hard to root for him at times. Even though he's supposed to be the underdog, his bizarre behavior is hard to justify at times. The movie also is supposed to be about his spiritual journey to becoming a more confident man who can turn his life around, but the scenes are so loosely strung together that this narrative gets lost in the process. And why did Eddie turn into a woman all of a sudden?

Dirty Duck is not as smart as Fritz The Cat or even The Nine Lives Of Fritz The Cat, and is pretty homophobic and racist at times, but if you just want to kick back and get immersed in a surreal experience, this might just be your jam.