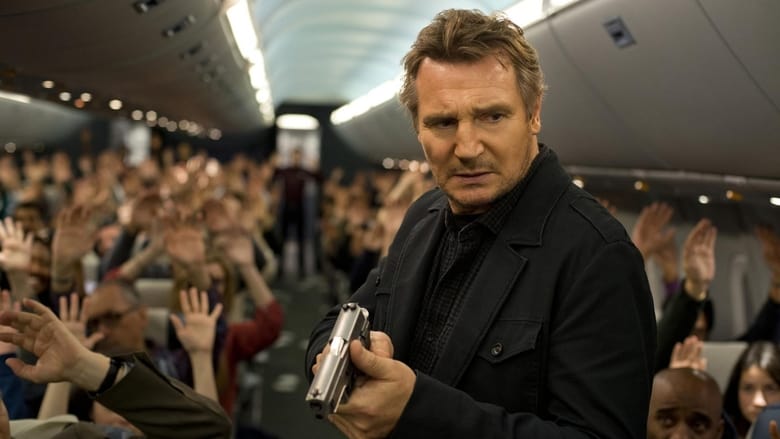 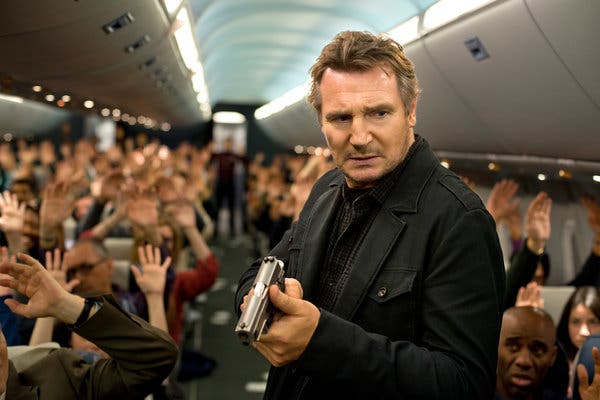 I saw the DVD cover a long time ago and added it to my To-Watch List.


Basic premise is Liam Neeson is an air marshall, boards a plane, and becomes entangled in a hijack attempt set up to frame him.

A handful of clues lead Neeson's character to suspect multiple people on the plane, and there are obvious attempts to subvert audience expectations by emphasizing a conspicuous token Muslim character, but past all the twists all conspiring to condemn Neeson as the apparent hijacker to all observers beyond the audience, there really aren't any solid clues to lead the audience to figure out who the real perpetrator is. It's kind of a "Psych! It was me the whole time!" twist ending that you can't see coming and could just as easily be any other possible character.

It makes the story feel a lot more shallow when the secret bad guys just end up being random characters.

Beyond that, Fridge Logic kicks in when you realize that the antagonists go out of their way to help Neeson multiple times in his pursuit of them for literally no beneficial reason. They could have simply denied being able to do or refused to do various things which enable Neeson to defeat them. It makes sense if you're trying to subvert an audience's expectations, but as a terrorist attempting to remain anonymous, it doesn't.

Further, the entire justification for a hijack attempt is flimsy as hell. The 150 million dollar ransom would have been just fine as a reason to turn hijacker, but the whole "I'm protecting my country by exposing the frailty of airline security" bit is ****ing stupid. 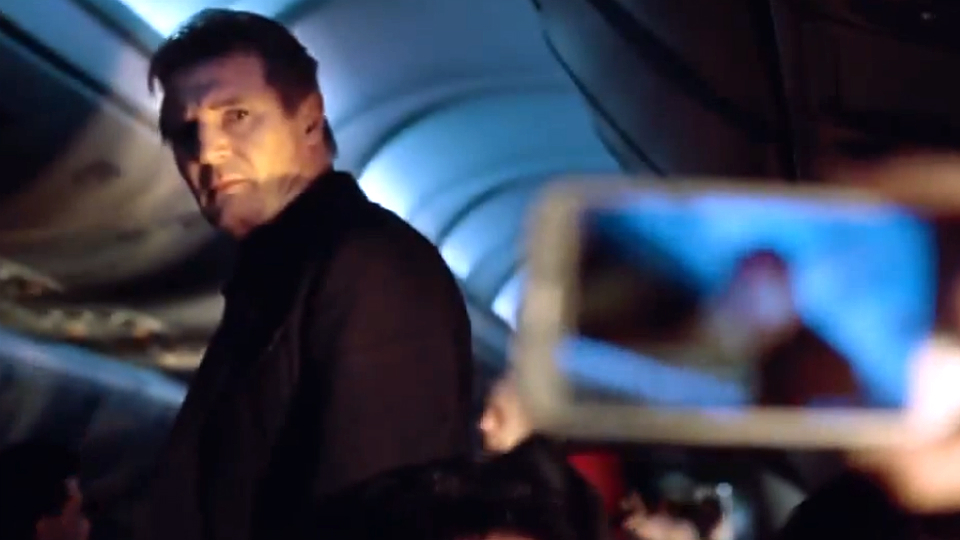 The Big Bad even explains how public bloodshed and martyrdom is the only way to create change and the movie repeatedly references 9/11, apparently failing to realize not even an event like that apparently managed to beef up security enough to make a difference to this movie's villains. So major nationally recognized and memorialized security incidents didn't make a difference, what makes you think killing yourself on a smaller scale will? As though the fact that you're framing an Air Marshall would make any sort of difference in the grand scheme of things.

I'd also like to point out that the movie skims through TSA security and never mentions how someone manages to get a suitcase containing cocaine and a bomb onto the airplane.

The movie also concludes in a terribly rushed resolution wherein people are still being lead off the plane on stretchers while Neeson is alone, receiving a phone call from a federal agent saying he's off the hook with no apparent confirmation that he ISN'T the hijacker in question. Dude should be cuffed, swarmed by cops, and in the middle of an interrogation by federal agents, but the most you see at the eventual crash site is a few cop cars. Neeson saves the day, gets the girl, the end.

Also also also why on earth does everyone instantly believe him when he tells his sob story about his life when everyone on the plane has been turned against him by fake news?

Also also also also why on earth does everyone instantly shut up when he promises free international air travel year-round for every passenger? What kind of idiot would believe that? That's 150 passengers given 365 days to take any flight for free. That could easily usurp the 150 million dollar ransom the hijackers were asking for.

Overall, it's a thoughtless action flik. Didn't irritate me, but wasn't anything remarkable either.