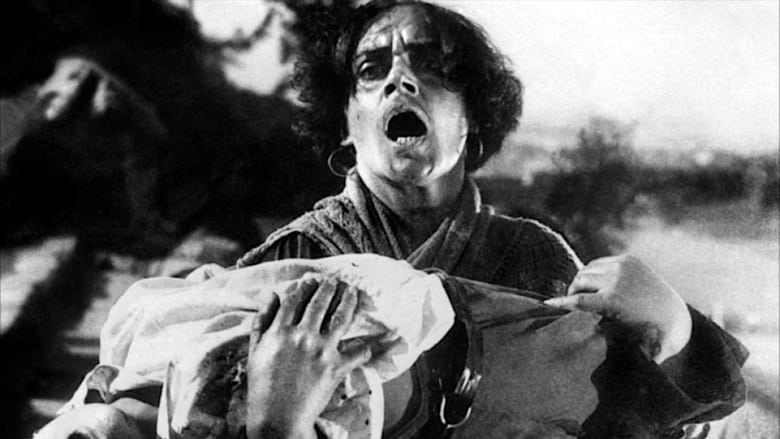 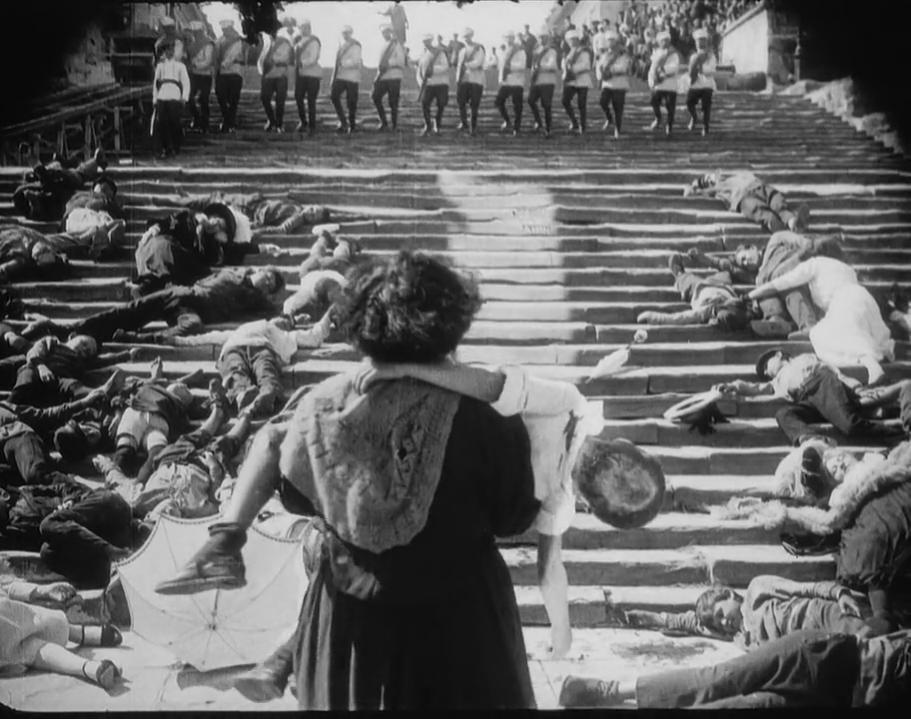 
Amazing...this old Soviet era, silent film is outright amazing. I couldn't believe how innovative the cinematography was. I mean this 94 year old film put to shame many a modern CG block buster. The director Sergei Eisenstein was a genius. He did something I've hardly ever seen in a movie scene, and that's shooting the POV, from the different points of view.

Take the famous Odessa staircase sequence. We see the townsfolk in their initial joyous unification, flooding into the port area to see the heroic sailors of the Potemkin...And they flood in droves! Then we see from their POV the approaching troops with guns drawn and bayonets fixed...And then we're treated (if that's the right word) to what it would look like if we were in the shoes of the approaching military. We then see down those same stairs at the people below are being shoot in cold blood....Then of course, there's the famous third POV of the baby in the carriage as it helplessly rolls down those long stairs. Impressive stuff!

Visually the film is so impressive I had a real hard time just settling on one image (so I didn't!)...There's so many stunning shots in this film. I loved the use of extreme close-ups on the faces of the Russian people and what a story those weathered faces told. The director really packs emotions into those close-ups. 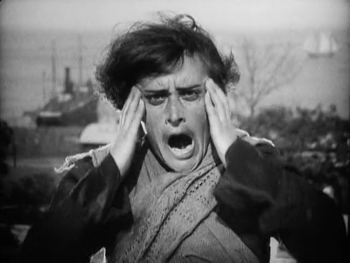 I'm sure some will complain that this is heavy handed propaganda. But that's what makes the film so special. It's a window back into an important period of human history. This 1925 film tells of the 1905 mutiny aboard the Czar's naval ship. But in a much broader scope it glorifies the efforts of Russian serfs, who were throwing off their yokes of servitude. The people are embracing a revolution that promised to free mankind once and for all, by delivery equality. And in 1925 the promise that Soviet communism brought to the downtrodden masses was still heady with optimism. Later under the brutal dictatorship of Joseph Stalin that dream would turn into yet another form of horrendous servitude and tyranny. And yet I can't help but feel the optimism of the Russian people in 1925 as they dreamed of a better life for themselves and their children.