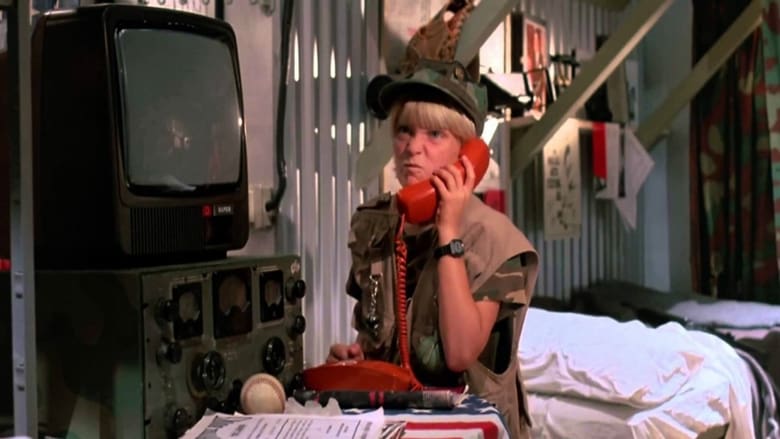 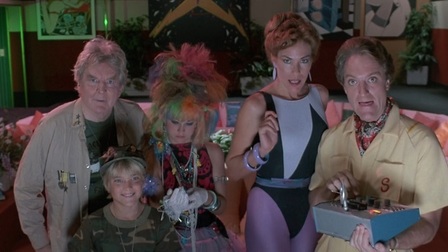 A suburban family's newly-installed satellite television dish receives a signal from outer space that results in an alien mutant taking up residence in their house.

i was going through the Top 100 Horrors Countdown thread and stumbled across a post by The Rodent where he had recommended me this little number and I figured I'd use that to continue my '80s horror-comedy streak (and hey, this also makes three movies in a row to feature Mary Woronov!). Unfortunately, however underwhelming Chopping Mall and Night of the Comet may have been, they are downright masterpieces next to this grotesque excuse for a satirical creature feature. It's hard to gauge who this movie is for as it boasts a thoroughly hideous monster (think the giant head from Evil Dead II only much wetter and with more appendages) who nevertheless consumes various characters in comparatively bloodless and unimaginative ways, whereas its idea of biting satire is to create a bunch of loudly dysfunctional archetypes (swinger parents, survivalist grandpa, punk daughter, etc.) and have them rub up against one another (sometimes literally in the case of the parents and their fellow swingers) again and again as their numbers dwindle (and beyond). It soon becomes clear that the movie has no idea where to go once its monster shows up and starts killing people....and even less idea once it's killed most of them and has to struggle to come up with third-act twists in order to beef it up to the 80-minute mark. TerrorVision just ends up being a gaudy mess that has nothing to say through its already- blunt metaphor for how television destroys people's lives and even the odd remarkable choice (such as shielding the young son's eyes from the porn channel in the middle of a house full of wall-to-wall erotic paintings) does nothing to save what is already a contender for the worst movie I've seen this month - and I say this as someone who's already watched three DTV Hellraiser movies. Rodent, you owe me for this.

P.S. I still have the theme song stuck in my head and I f*cking hate it.