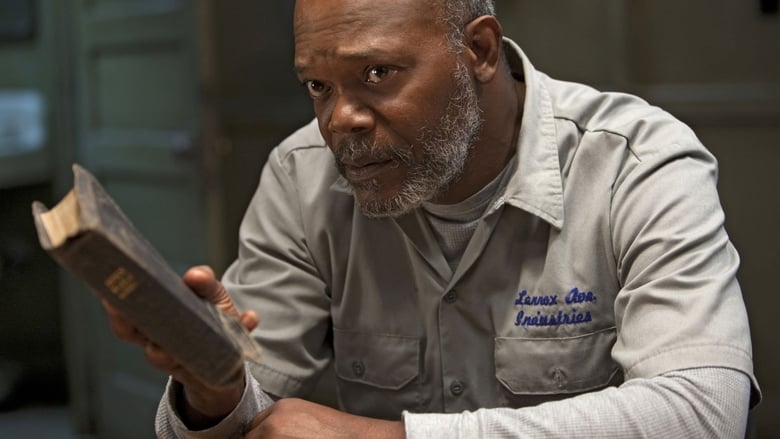 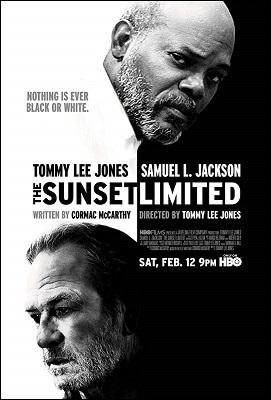 A play written by Cormac McCarthy, now converted by Tommy Lee Jones into a film. Stars Tommy Lee Jones as the white man, a teacher, also a suicidal atheist and Samuel L. Jackson as the black man, a blue-collar worker, once convicted of murder, later converted to Christianism. The author didn’t had an easy task, converting the play into this film, it all takes place in a single room in suburbs of New York City, something that doesn’t pre determines the failure of a film, some great movies were all made in a tiny room, I actually prefer it that way if we’re talking about discussions, arguments. The cast obviously is enormously relevant, the film depended on dialogue majorly emphasized by facial expressions and characters actions, both actors were superb, I especially liked Samuel L. Jackson, the accent, the look in his eyes while he told the “jail house story”, the sense of humor while he told stories about alcoholism.The soundtrack or the ambient noise completed every pause perfectly, the camera managed to film from almost every possible angle in the room. About the characters, while one is very well educated individual, narrowing the decision of committing suicide to the civilization current lack of interest in the intellect, culture, art, literature, the other narrows everything to a book, the bible. While one sees the world as a forced labor camp where everyone is compelled to keep going until the final day, the other sees it as a journey to something else. The author used comedy to make the audience keep watching the film with the mentality he wanted, he didn’t intended to make the movie dramatic, heavy. The dialogue diverted many times to various subjects, day life subjects to make it more enjoyable, not just the quid pro quo, like a tennis match we’re used to in this kind of films, where one wins and the other loses, one of the particularities of this film, is that one is not trying to make the other lose. There’s a scene, I especially enjoyed very much, where they’re both eating a magnificent soup, “soul food from the ghettos of New York city”, the delight on there face while they’re eating the soup, one trying to guess the ingredients, it made the audience wonder, what soup was that? I still wonder, I made a search and didn’t fond a god damn thing, if you watch the film and you know what soup that is, please let me know. Overall is a very good film about faith extremism, one in blackness, nothingness and the other in absolution, an higher entity.
» More about The Sunset Limited
» More reviews of The Sunset Limited
» More reviews by JoaoRodrigues