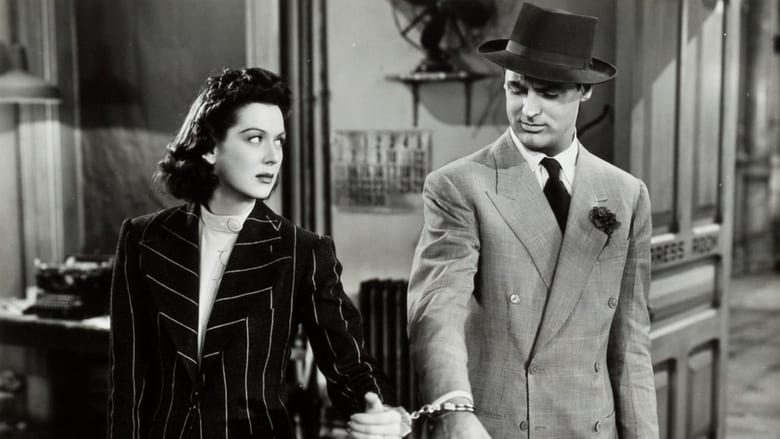 A feast of whip-smart banter, Howard Hawks’s proto-feminist take on newsroom politics is the most grown-up of all remarriage comedies.


"One of the fastest, funniest, and most quotable films ever made", His Girl Friday stars Rosalind Russell as reporter Hildy Johnson. Hildy is matched in force only by her conniving but charismatic editor and ex-husband, Walter Burns (played by Cary Grant). Hildy has told Burns that she is planning on leaving town and leaving the news business to get remarried. In order to keep Hildy from leaving town to remarry, Burns has a brainstorm on the spot and offers Hildy the chance for her to scoop her fellow news writers with the story of an impending execution. Hawks revised the script for The Front Page (which he had worked on). He changed Hildy's character from a man and the result is an immortal mix of hard-boiled newsroom setting with the story of a romance that moves at the pace of a jack rabbit. They say the dialog was two to three times faster than average. "If you were not paying attention you might miss half the story." Hildy became the prototype of the hard-boiled, fast talking female reporter that has been redone many times over the years, fed back to us in such performances as that of Jennifer Jason Leigh in The Hudsucker Proxy to name one. The comedy has become one of the most successful ever, and we have Howard Hawks, Cary Grant and Rosalind Russell to thank for that.
» More about His Girl Friday
» More reviews of His Girl Friday
» More reviews by Diehl40