by mattiasflgrtll6
posted on 7/09/19
in
The Stepford Wives 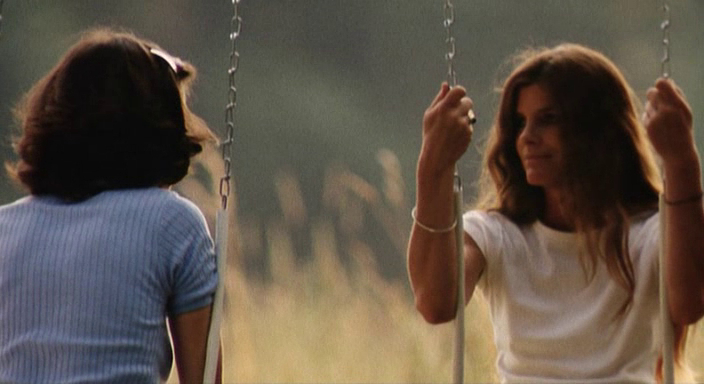 Joanna moves with her husband from crowded Manhattan to the relatively peaceful town of Stepford. But something about how the women act there doesn't seem right. They're so perfectly tidy, well-behaved and focused on housework that it creeps her out. What is actually behind all these bright smiles and overly polite behavior? And what is this "Men's Association" that Walter keeps going to?

One good thing to know going in is that this movie takes its sweet little time. It sets up the characters and situations very slowly, and for the first 25 minutes or so nothing much happens at all. But if you're patient enough it pays off, and it reveals itself as one of the creepiest and most poigant sci-fi films out there.

Katherine Ross as the photographer Joanna does a great job. She brings an instant likability to her character. She's very strong and won't back down easily when shady people try to stop her from starting a revolution in Stepford, trying to wake all the women up from their trance and become more independent, instead of just serving their husbands and doing housework all the time. As well as figure out the mystery of why everyone are acting so strange. I also liked Paula Prentiss as her friend Bobbie Markowe, who's the only woman there besides her who doesn't act manifactured. Her introduction scene was odd, but she grew on me quickly, and brings a refreshing bout of energy compared to all the stiff residents they encounter.

It's not without reason why everyone act so odd. Walter starts going to the peculiar Men's Association organization, where he hangs out with some truly strange people. Joanna even points it out to Walter how he would never get friendly with such boring, grumpy men before they arrived to this town. And before she knows it, Walter starts acting cold and distant towards her, repeating over and over what a great home they've got and how everyone are nice here, no matter how many times she tells him she wants out of here. Peter Masterson is great as Walter, and portrays the slow and eerie transformation of the stressed-out but normal family father to an angry, mean and selfish bastard.

The last half hour gets really spooky, with one of the saddest and most horrifying twists I've seen in a movie. Let's just say that it takes place in a kitchen.
The ending is very powerful as well, and truly sticks in your mind.

The Stepford Wives was ahead of its time when it came out. Maybe too much so, since it got wildly misunderstood at the time and a lot of protesters thought it presented women in a bad light, given that they're shown getting brainwashed. That's exactly the point though. The men in this town are controlling, selfish douchebags, who only want their wives to be perfect dolls whose only purpose is to please them and do all their work for them. That's why it's so creepy when all of the women act robotic, their individuality get completely sucked out by the patriarchal powers at force.

Anyone who's a fan of thoughtful sci-fi should give this a look.