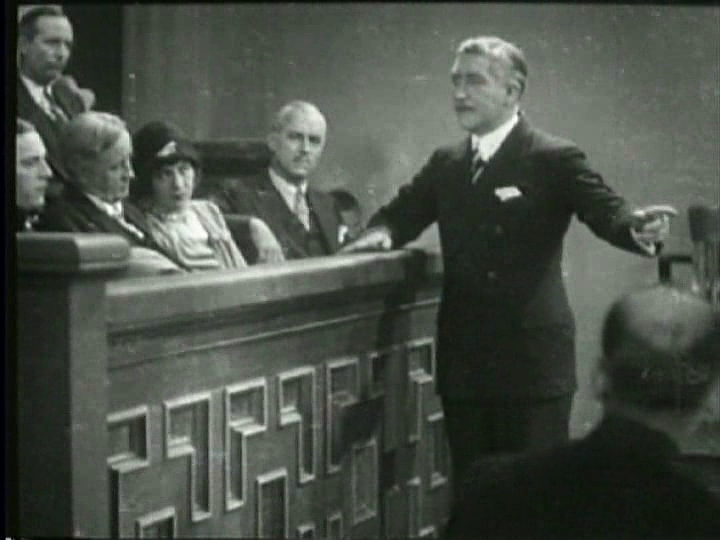 Low-budget crime drama that may be something of a spiritual predecessor to 12 Angry Men but unlike the latter there's very little guile or subtlety on display in a tale that may ultimately prove interesting but contains a fair amount of padding in the telling.

Joe E. Brown is well enough cast as the lead and actually proves rather effective in combining both the comical and dramatic, though it does have to be said his affected accent does really grate during proceedings. Both Lester Cole and Helen Foster are quite suitable for their roles as well whilst the rest of the cast generally perform adequately.

The tale itself is somewhat disappointing in places though, especially in the earlier jury room scenes where one is waiting and hoping for some more meaningful and intelligent adversarial dialogue than that which transpires. Instead we get a sequence that may showcase Mr. Brown's circus origins and eventually help lead in to the backstory proper but is basically little more than filler really. That backstory itself is also somewhat bloated but does at least generally move along at a better pace.

The closing stages present the viewer with something of a moral dilemma but, as much as the Hays code might later disagree, imo that's not in and of itself a bad thing and to have ended it differently would have virtually nullified any impact the movie had to offer.