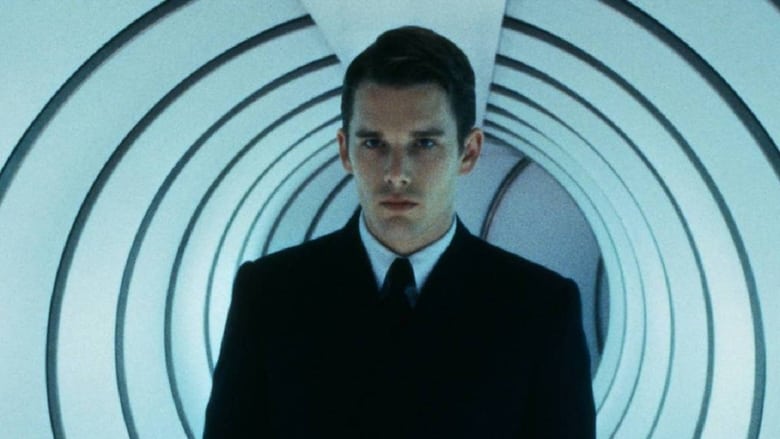 In somewhat dystopian future most children are genetically engineered and the ones conceived in the old fashioned way are second class citizens.

First thing to note about Gattaca is that it's very retro. Its looks and technologies are heavily influenced by 50s and 60s. For me this works quite well and it has an added benefit of dampening my critique towards some of its more illogical aspects (I still feel that the idea of manually writing the flight paths from start to finish is retarded idea). This physical or mechanical side of the world is beautifully made.

Like these conscious dystopias so often Gattaca does have some issues with its wordlbuilding. It underlines its message too much and as a result the world of Gattaca feels impractical and unnecessarily bureocratic. For example it's very hard to imagine why people are constantly DNA tested (other than these tests being an important plot device, of course) after they've done excellent work for years. I'd really wish that these "intelligent" scifi films would work harder to make their worlds intelligent.

On character level Gattaca works OK. Hawke is pursuing a dream after being told for his whole life that he's unable to do it. Law is very good as a self-pitying crippled superhuman. Thurman isn't much more than love interest and lacks depth. This trinity works rather well. I don't particularly like the brother part of the story and especially the last swimming competition is just lazy writing.

As a whole Gattaca is an OK scifi film that tries to be intelligent but is too afraid to be challenging (i.e. it sacrifices a lot of finesse in order to ascertain that everyone gets what it's trying to say, starting from the Bible quote in the beginning which is kind of a turn off in science fiction for me).