When young Paulette loses her parents (and her dog) in German air strike she wanders all alone into the arms of local peasant family. She and their youngest son Michel become close friends. 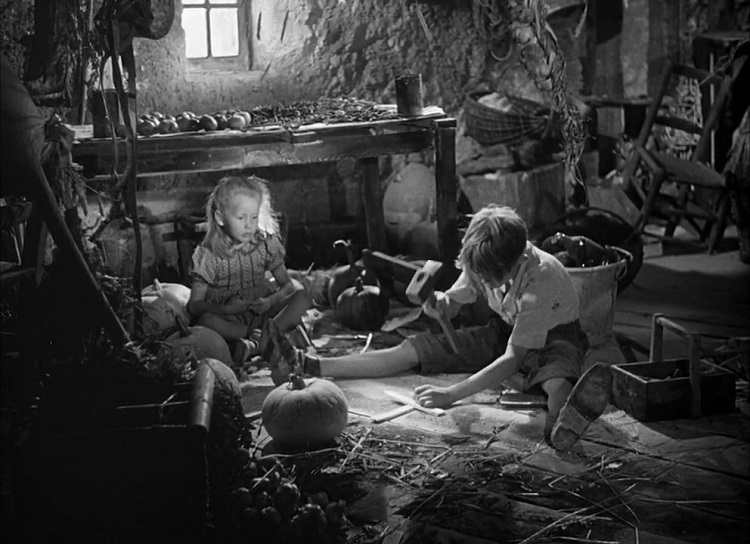 I don't even remember how this originally ended up on my watchlist but it's been there for a while. I guess it's not exactly what I expected but nonetheless I liked it and consider it a positive surprise. It's not without its flaws though but the concept behind the film is really sound.

Basically Forbidden Games uses child characters correctly. It gives them proper personalities and makes them interesting instead of using them as mere plot devices. With children it's easier to focus on basic or primary emotions and drives; some level of simplicity and lack of reasoning doesn't render them simpletons but only shows their lack of experience. The friendship between Paulette and Michel feels natural (mostly, more of that later) and gives good basis for naive pondering of death and war.

The one thing that felt little off to me was the age difference between the two children. Apparently they were originally looking for older girl to play Paulette but decided to choose 6-year-old Fossey. I think that the script would work better if they were closer in age because for Michel love seems to be a major motivation and it just doesn't seem real that 10-year-old boy falls for a girl half his age. Other than that I really liked both of the young leads.

I liked the cemetery stuff and how it teetered on the brink of becoming really twisted (I kept thinking that one could turn this into brilliant horror film - Poison for the Fairies is already quite close to this). Michel was perhaps little too naive about death for being a country boy but for pampered little Parisienne like Paulette death could easily have been something new and foreign. Oh, and the final scene is just great

Far from perfection but I enjoyed Forbidden Games quite a bit.