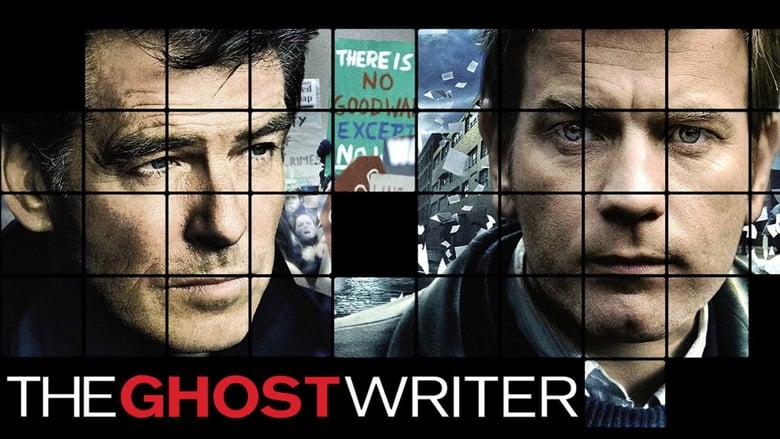 by aronisred
posted on 3/14/19
in
Ghostwriter

A ghostwriter for a controversial ex-prime minister gets mixed up with his shady political dealings and the people close to him.

This is the first Roman Polanski movie since Chinatown that felt like its in his wheelhouse. Auteur theory is something very very magical. It is the stuff of legend in the art of film making. Because a lot of things have to go right for something like that to work. A director considered an auteur knows what he wants from each and every department. His style is as important as the script of the movie. He needs to be able to communicate what he wants from cinematographer, editing and other major departments to fit his style. So, as soon as I noticed the uneasiness in the air I knew I was in for a unique film experience.

Majority of the movie takes place in a remote countryside in US. But since Polanski can't enter US, he shot it in Europe and it feels like something is a bit off. But surprisingly that works to the film's advantage. Seeing all these places that doesn't look like american locations but we are told its in america makes for a pretty weird experience while watching the movie. We follow a ghostwriter who accepts the assignment to work on an ex-prime minister's autobiography for a London publisher. He is replacing his deceased predecessor. The movie keeps audience at the same level as the protagonist. So we know what he knows when he knows about it. As he accepts the job he starts noticing weird occurrences happening around and to him. He gets mugged and robbed. While on his way to US he finds out that the ex-PM is being investigated for war crimes involving CIA torture. Tempted by the financial offer he decides to go anyway and be done with it. The performance of Ewan McGregor is pretty bland. You never get a sense of who he is and what his personality is. He might just be a curious nerd. But since it's an imaginary character based on the novel, actor should have taken it into more expressive territory. When you are playing someone like Dick Cheney, you can't really make him super expressive because everyone knows how he is and making him something he is not will never work. So he goes to this vacation spot of ex-PM in remote US to read the draft written by his predecessor and finish the book using it.

The atmosphere of the US location is quite fascinating. There are 4 or 5 locations on the whole. You got the house, a water crossing harbor with a ferry, a motel nearby, a lodge by the harbor and the woods near the house. The mystery of it all stems from the unsettling nature of the death of the previous ghostwriter. The replacement catches up with his work and continues getting to the heart of who the prime minister was during his life. While all this is happening, the outrage and actions of the prime minister when he was power comes under scrutiny as well as push by government officials to try him for his crimes. What the ghost writer doesn't know is how far his predecessor has come in his unearthing of the life of PM while researching for the book. So through a combination of his predecessor's work and his own digging, Ewan McGregor comes to a conclusion that his college buddy might have been working for undercover CIA even before joining the college. That ratchets up the thrill a notch.

The movie has 2 spectacular sequences going for it. These sequences prove why roman Polanski is a great director. Both are not exactly wordy sequences but the framing of those sequences and the atmospheric nature of them kinda makes them stand out. One involves the protagonist escaping 2 killers sent after him after his encounter with a culprit. The escape is from a ferry. So he gets on the ferry in his car and gets off it as it is about to leave the harbor there by getting rid of the killers on the ferry. That is such a clever Roman Polanski sequence. Because the danger is there but it is subtle danger. Those guys are going to kill him if he stayed on the ferry. Even after getting off the ferry the sequence sustains the eeriness. The whole architecture of the ferry and its harbor quite brilliantly fits into the tone of the film. The protagonist doesn't try to leave the harbor because he knows that the ferry is not going to turn around and the killers will have to take the trip of ferry. So he just stays in this eerie lodge which is by the harbor and it's in of itself is very creepy. The second sequence involves the house itself. It is a very strange house with wind blowing all the time and with the increasing scrutiny on the ex-PM , protestors started waiting outside the gate of the compound. This movie uniquely shows how it feels like to be be in the vicinity of a politician under immense scrutiny.As the ghost writer makes contact with the ex colleague of the ex-PM, who is still a government official trying to bring him to justice, he is tasked with getting confession from the man himself and in the process of doing so it appears that things appear not to be what they seem. Following the assassination of ex-PM and during the unveiling of his book that is finished by the ghost writer himself, he uncovers that the wife of ex-PM herself is a CIA recruit.

What the movie does so well is it shows how dangerous people in extremely high positions can be. They play mind games all the time to control and manipulate others to get them to do what they want. This ghost writer is way out of his depth from the get go. Even before he set foot on American soil he is out of his depth. He has been seeing warning signs that are telling him to not take the job. The thing is, ex-PM's wife and his CIA buddy don't want any writer to get close to the truth. When the first writer was doing his research, he came way too close to the truth and was killed by them. All this is unbeknownst to the ex-PM of course. But since he wants to finish the book, he hires the next guy to finish the book. But what they don't know is that the previous writer hid some sensitive information in the house and the new ghost writer catches wind of that. It's basically powerful people that are too big to get caught are too willfully careless to tie up the loose ends and the new writer catches wind of one of such ends. The whole time his focus was on the CIA pal of ex-PM but once he catches wind of the information that the secret in the manuscript is in "the beginnings" and that was the reason the script was not allowed to leave the house, he puts the puzzle pieces together and uncovers the truth.

The movie adds an extra level of sinister element to it all. Because, from the get go we have a layer of sinisterness to the whole setting that we see through the fresh eyes of the ghost writer. Our ex-PM is believed to have been willfully involved in US torture program. So the ghost writer is sitting and talking to a guy who seem to have enough proof against him to convict him of war crimes. All this adds certain uneasiness to the conversation and as the resident writer he unwittingly becomes an ally to the ex-PM. But, the moment he gets close to his college buddy who happens to be a CIA operative even before he joined the college it starts turning dark and with final revelation that the wife herself was recruited by CIA before she met ex-PM decades ago makes it pitch black. Because the implications of these findings point to something far more nefarious than anyone could imagine. So, have they been brainwashing the prime minister from his college days to make him run for public service and with the help of US government he moves up the political ranks and once he becomes PM he supports US in all their political policies including the torture program ? is he the Manchurian candidate of US government ? because all this leads to an explosive political scandal of sinister proportions almost to the point of fantasy and unbelievable.I mean, who would believe someone could be manipulated for decades on end ? was he brain washed by his wife ? was she able to manipulate him for so long in such serious decision making processes ? So all the sinisterness is captured in the movie through its style and tone. It is one of its kind.

The movie's flaws are mainly with Ewan McGregor's character portrayal and his character's decisions. He takes no measures in hiding his tracks when he veers of-course. A lot of times in the movie he does something that could potentially puts him in harms way , yet he simply is not careful enough. At one point he steels the manuscript and at some other point he just gives away some information he knows about the situation to the wife or to the ex-PM himself and thats too risky and dumb. All this makes the film good but not great. But man can Polanski direct ! you see this movie and then see china town or ninth gate with Johnny Depp and you can feel the directorial flair.
» More about The Ghost Writer
» More reviews of The Ghost Writer
» More reviews by aronisred