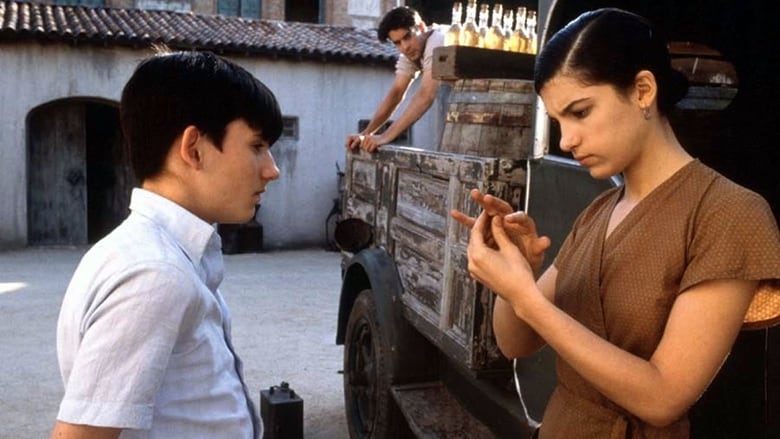 During Spanish Civil War a 12-year-old boy is sent to an orphanage in the middle of nowhere. Soon he discovers that the place is haunted but who the pale ghost of a boy was and what does it want?

Guillermo del Toro is a director I really wish I'd like more. He usually has topics and concepts I like but too often there's just something that doesn't work for me. Pan's Labyrinth is his only film I can call great and The Devil's Backbone is very much its predecessor but as good as it looks on paper it, again, ends up being just OK.

I think the movie focuses too much on stealing the gold from the headmistress and Jacinto is too easy to hate (he's just evil with no redeeming qualities). Also there's not enough time to get to know the boys and, for example, Jaime's change from bully to responsible caretaker doesn't work. More focus on the boys, more focus on the ghost and less underlining of Jacinto's vileness would have improved the film, I think.

It looks good, is mostly well acted but ultimately feels like an early draft for something great (possibly Pan's Labyrinth).