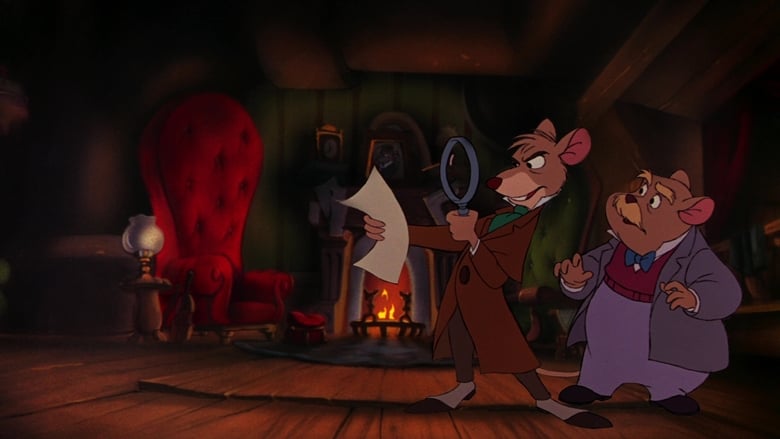 Coming incredibly quickly after the flop of the Black Cauldron, I actually think this is a poorer film. More than anything, it looks and feels rushed. Unlike any previous films on the list, the characters don't look like they belong on the backgrounds. I know the backgrounds were always animated separately, but this is the first time that has really looked obvious. I don't know if it was because of the early computer animation, but either way, its just so ugly looking compared to everything that has gone before it. It's also way cheesier (cheese...mouse...geddit?) in style than it's predecessors, feeling more like a feature length episode of Chip n Dale Rescue Rangers, rather than Sherlock Holmes. Not that I don't love Chip n Dale, but it just feels a very out of place style here, especially when trying to combine it with dangerous and sombre moments. Upmarks for the score though, which is very good.

It's not just the look, but the whole plot that feels rushed. The only character who gives off any form of charisma is Rattigan. He is funny, charming, and when it comes to the climax, pretty scary. And all brought together by the voice of Vincent Price. He's the best thing in this, with a bizarre storyline of kidnapping a toymaker to build a replica of the Queen? Yeah, weird all round, and even with a short runtime manages to have several scenes that feel like filler.

Best Song: Let Me Be Good To You
This whole scene is simply bizarre, but what a great time!

Best Scene:
Probably the scene in the toy shop as Fidget makes his escape using the toys to slow down Basil and Dawson.

As An Adult:
Nothing really stood out.

Racism-watch:
Nothing here, have we moved on from this era now?

Did I Cry? No, felt way too rushed to really get emotionally invested.