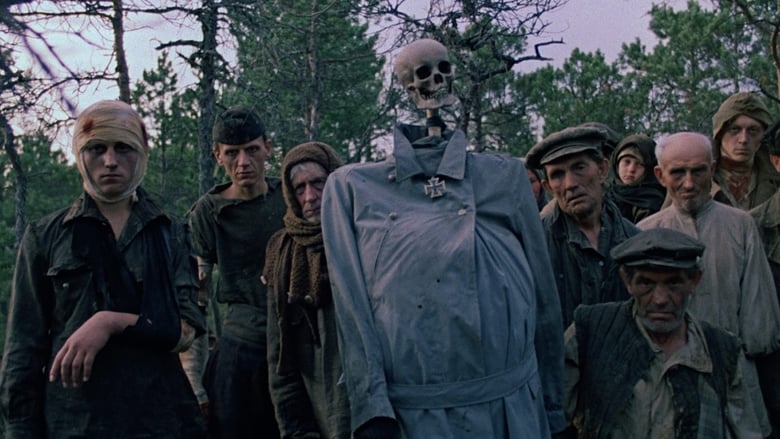 "You can't join the partisans without a gun." 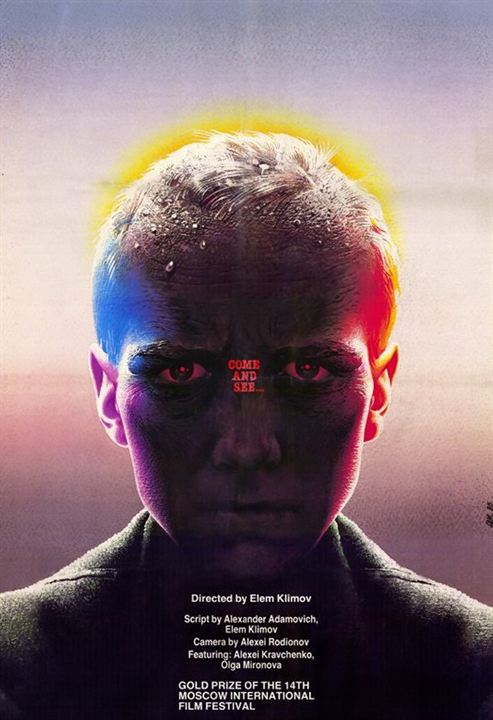 I might have brought this up before, but I'm a war movie fan. While I'm still lacking in movie-going quantity, I'm addicted to war-film quality. That's why I checked out this obscure but classic Russian movie called Come and See, the final film directed by Elem Klimov before he got bored with cinema.

Come and See is a stressful war drama about a sixteen-year-old boy who joins a Soviet resistance during World War II. And as the pains of war dig deeper into his mind, he loses himself.

This was a movie that was hard for me to love in one area of filmmaking, but dreadfully easy in others. I'll get that criticism out of the way: I'm addicted to character development, and the development her was minimal for most of the cast.

However, I have never seen an anti-war movie like this. I mean, it's not Grave of the Fireflies, but it's very powerful and heartbreaking. This is exactly what war does to people. Here we have a wonderfully acted teenager hoping for glory and action in the battlefields of war, an yet as soon as he does, one thing leads to another to turn him into a pain-stricken zombie soldier who eventually can't be told apart from any other partisan. The movie is often classified as a psychological drama, but this doesn't come from any dialogue like in most psych-dramas and thrillers.

The power of the anti-war movie and the psychological drama are all told through the incredible cinematography an story development that turn this from a piece of cruel reality to a nightmare you can't wake up from. This movie describes a word I learned recenly: oneiroid, taking the Greek word from dream. It means, "dream-like." This movie is like that, but it's not a Lynchian dream sequence with confusin plot twists. No, this is a nightmare where you know what terrible things are going to happene eventually. Because that's what war is: a living nightmare. And there may not be any other movies that fit that bill as perfectly as Come and See. Even the Mozart music had a serious effect on the terror the story and camera placed.

Come and See isn't a bloody movie, but it certainly is not for the faint-hearted. This is one of the most disturbing and distressing movies one may ever see for its situations alone. It stands out because of that, and because of its oneiroid playout. What a benchmark in Russian cinema!