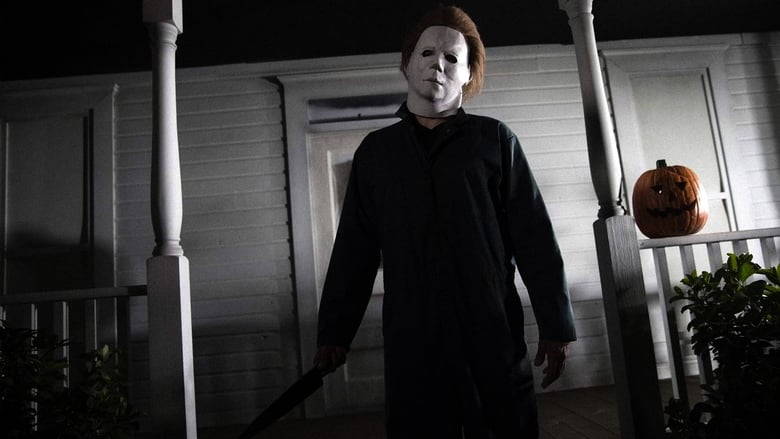 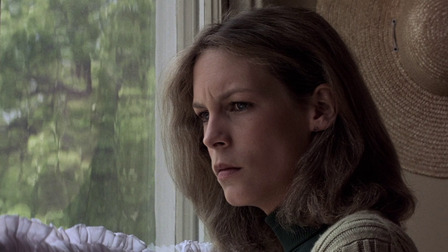 Fifteen years after being institutionalised for inexplicably murdering his older sister, a mental patient escapes custody to return to his hometown and kill again.

I decided to run the entire Halloween series in the lead-up to watching David Gordon Green's new sequel, so of course that means starting off with the much-venerated original, though it's a film of such immense stature that the prospect of actually writing anything about it is more than a little daunting (especially after my recent review of Black Christmas acknowledged that taking inspiration may have given way to outright plagiarism). That's one of multiple factors that make me question whether or not I can actually review Halloween honestly. I think a lot of that does come down to the involvement of John Carpenter, who I've long considered one of my favourite filmmakers - and yet I've always sort of held his break-out film at something of a remove when it comes to assessing his filmography, wedging it in alongside solid but not quite as beloved films like The Fog and Assault on Precinct 13 in the process. I think its status as a seasonal watch is something of a double-edged sword - being guaranteed an annual watch due to its centring around the eponymous holiday is always liable to dilute its power and bring the act of watching it dangerously close to feeling like a chore (it's for this reason that I've broken with one such film-watching tradition by not watching Die Hard over the past couple of Christmases). I suspect that I'll still at least make the effort to watch Halloween whenever October rolls around, but the question I find myself asking each year is "Should I?"

Fortunately, Halloween answers that question by proving thoroughly watchable long after the initial shocks have died down. I would argue that The Texas Chain Saw Massacre is more successful in creating a slasher with unrelenting atmosphere. However, when I think of it in comparison to Halloween I consider them to be fire and ice in their approaches to atmospheric terror - and slashers don't get much more icy than Halloween. The coldness is most definitely a by-product of Carpenter's self-composed soundtrack that tinkles around with foreboding piano melodies when it's not striking heavily-synthesised scare chords to accentuate Michael Myers's readily-apparent lack of humanity. As he moves around his home town of Haddonfield in ways that don't initially (and admittedly never totally do) make sense, this latest viewing made me realise something - that Michael, for all that his doomsaying psychiatrist Dr. Loomis (Donald Pleasence) says to convince others that his recently-escaped charge is a dead-eyed manifestation of pure evil, is honestly something of a prankster. The ways that he opts to pursue and attack his prey takes the "trick" part of trick-or-treat to a dangerous extreme - committing his first ever murder in full clown costume, wearing a classic bedsheet-ghost costume to get the drop on a victim, stealing a headstone in a way that is even immediately assumed to be an ordinary Halloween prank by onlookers, etc. Such actions prove unsettling in a way that the likes of other slasher villains don't quite match - he's got a bit more personality than fellow mute Jason Voorhees but doesn't go overboard like Freddy Krueger does.

Drawing comparisons to the most noteworthy peers of both Michael and Halloween does seem like it's doing a disservice to the film as its own entity, but it almost seems necessary just to distinguish what makes the film work so well. The autumnal setting isn't just the only way in which Halloween manages to make things seem more than a little chilly as Michael's ever-looming presence makes it hard to truly settle even after multiple viewings and plenty of chances to acclimatise to its jump scares. It also gives you what may be the genre's best (if not definitive) final girl in Laurie Strode (Jamie Lee Curtis), Much of what makes Michael's threatening nature so truly felt is how Laurie reacts to it across the course of the film, whether by noticing his inexplicable appearances (and disappearances) throughout the daytime or having to contend with his gradual and brutal intrusion right through her friends' bodies and into her rather ordinary Halloween night. Pleasence gets top billing as Loomis, who functions as another foil to Michael in his relentlessly single-minded pursuit of his prey (though he is understandably afforded much more in the way of humanising features), but it's Curtis who charms us as the extremely responsible Laurie to the point where seeing not just her survival of Michael's attacks but also her progression from chipper teenager to a traumatised woman asking if she had really seen the "boogeyman" she'd spent the entire film denying is the true beating heart of a film ostensibly centred around a man with the devil's eyes. The characters may seem slight, but they are a solid bedrock upon which Halloween truly builds its reputation as a horror classic. Last year, I thought I wouldn't bother watching it again the following Halloween - after this viewing, I'm not about to make that assumption again.