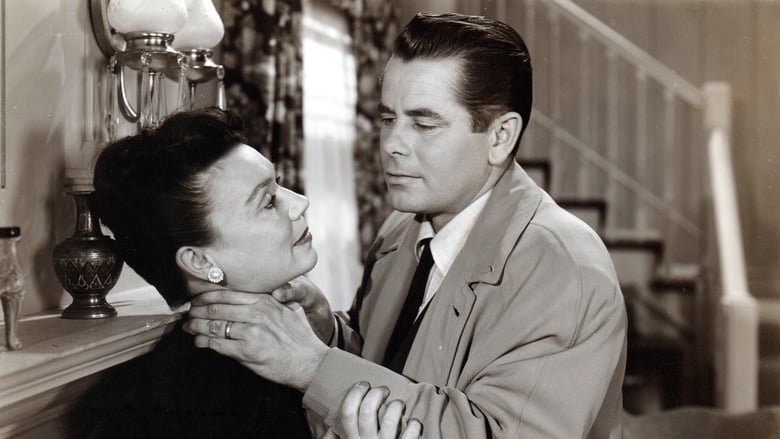 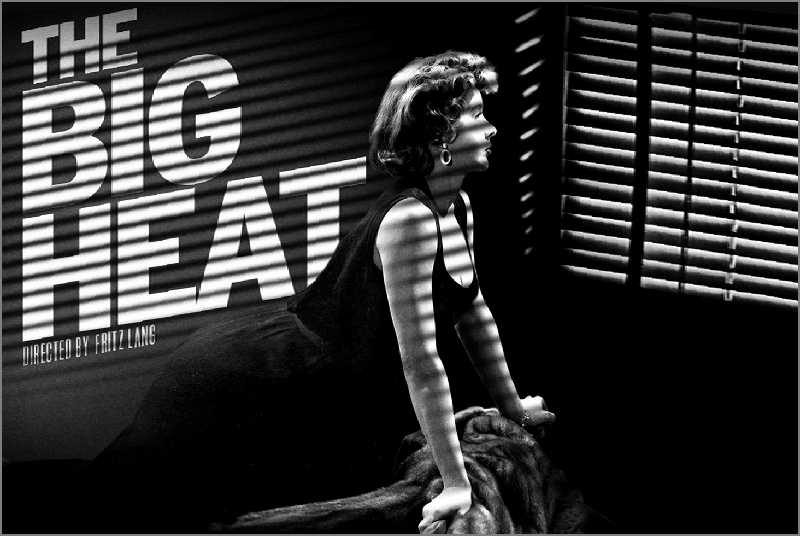 Director Fritz Lang pulled out all the film making stops and gave us one finely honed film noir, with richly defined characters and an interwoven plot that makes The Big Heat one of the must see film noirs. 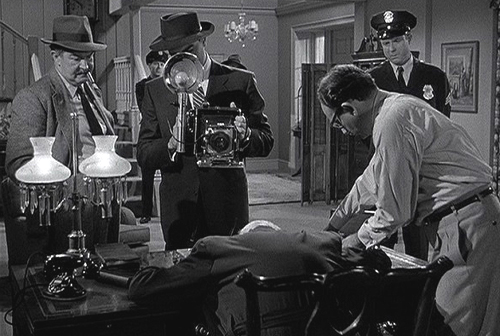 The film starts with an introduction to Glenn Ford, a honest hard working cop and his loving wife played by Jocelyn Brando (Marlon Brando's older sister). The happy couple live in suburbia with the children. At this point everything is rosy, until a cop is found dead from an apparent suicide.

The police chief doesn't want the suicide investigated, but Glen Ford thinks the facts don't all add up. It seems the cop's widow is hiding something. She makes a call to a corrupt businessman who runs the city and the police department through bribes and threats of violence.

When Glenn Ford gets to close to the truth, a bomb is set for him in his car. Needing to run some errands his wife borrows the car and is killed in the blast. This sets the family man on a path of vengeance against the killers in the mob. 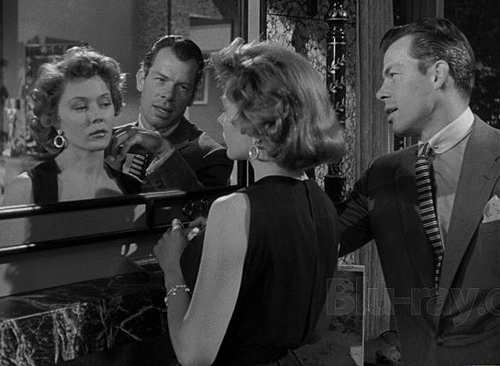 Across town and unknown to the cop is the mobster's henchman, played to utter perfection by growling Lee Marvin. The henchman likes to beat women for kicks...After a B girl is found dead and tortured, the path leads back to the swanky apartment shared by Lee Marvin and his bored girlfriend played by Gloria Grahame. Grahame is real good as someone so reckless and so bored that she taunts her brooding hulk of a boyfriend, just to get her jabs in. He in return roughs her up. By the end of the film he's done her real physical harm. 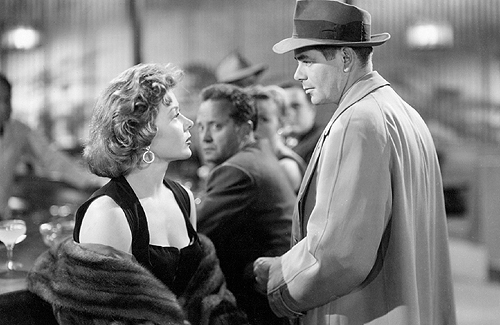 The Big Heat is chalked full of big scenes, with big actors who deliver the goods. It has one of the most powerful endings for a noir and an ending that is quite fitting too.