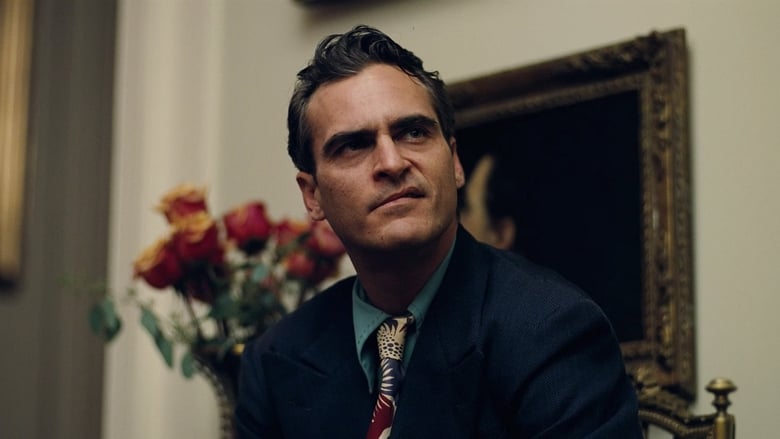 by Gideon58
posted on 5/19/18
in
The Master
Paul Thomas Anderson, the creative force behind Boogie Nights, Magnolia, and last year's Best Picture nominee Phantom Thread takes us on one of his most bizarre cinematic acid trips, an oddity from 2012 called The Master. 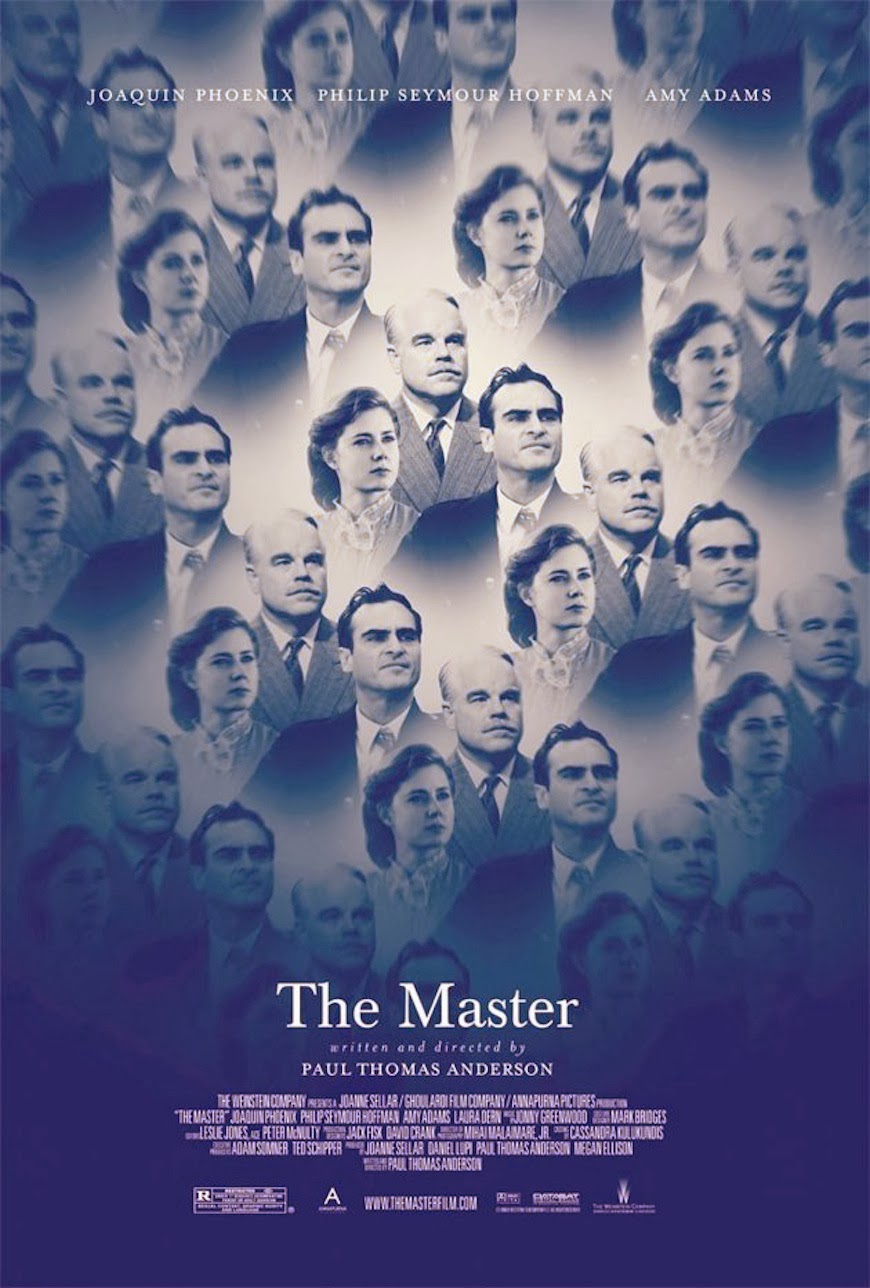 Joaquin Phoenix stars as Freddie Quell, a WWII Navy vet who is having difficulty adjusting to life after the war until he happens upon something called The Cause...a form of hypnosis that allegedly helps one deal with their present life difficulties by confronting their past. Freddie initially fights the process but is lured into an intense love/hate relationship with The Cause's charismatic leader, one Lancaster Dodd (the late Phillip Seymour Hoffman).

Anderson must be credited for a screenplay that definitely has a dash of originality to it...the opening scenes of Freddie floating from job to job because of PTSD are no indicator of the strange story that unfolds before us, but this is Paul Thomas Anderson we're talking about so I should have known trying to foresee what was going to happen to this guy Freddie was pointless.

Anderson approaches some really prickly subject matter here as we get about halfway through the story and realize that The Cause is nothing more than a cult and Lancaster Dodd is a very sophisticated con artist...or is he? The story moves in varied directions and it is hard to keep track of what is going on a lot of the time and there are a couple of scenes that defy any kind of explanation or logic. There is a similar confusion with the characters. Everyone in this story seems to have their own agenda and said agendas change from scene. Dodd's wife, daughter, and son-in-law for instance, seem to welcome Freddie to the fold with open arms, but around the same time we realize what Dodd really is, we see the family close ranks around him and warn him that Freddie is a danger to their existence. 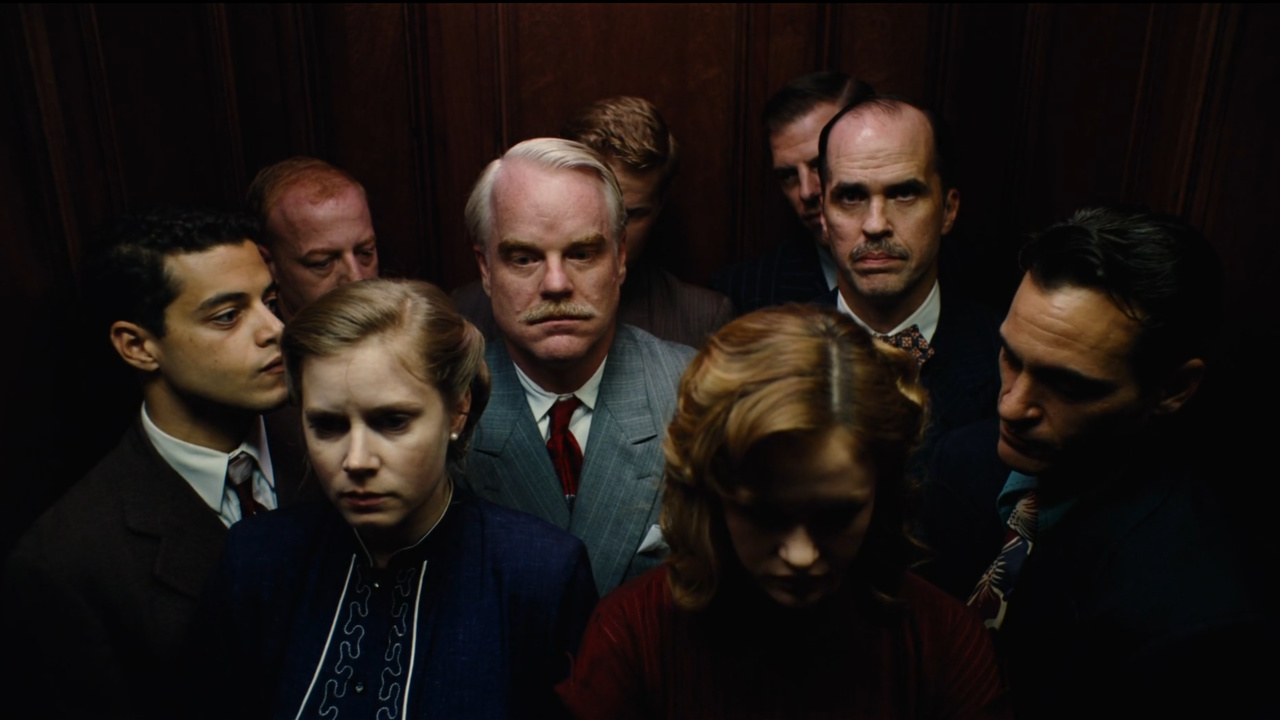 The biggest disappointment story-wise for this reviewer was watching Freddie being taken in by this people and hoping that they can somehow help the hot mess of a character we meet in the opening scenes. We want to see him get the help he needs but it becomes clear this is not going to happen and we just want to see him get away, instead what we get is an attempt to "de-program" Freddie which really doesn't work because Freddie really isn't any different than he was in the beginning of the film which. to me, made most of the story kind of pointless.

As confusing and squirm-worthy as I found this story, I could not take my eyes off the screen due to the performances by the three leads, which all received Oscar nominations. Phoenix is darkly unhinged as Freddie, a performance that had a really Brando-esque quality to it...Freddie was a like a car accident...you didn't want to look, but you couldn't help looking. I don't think Anderson rep company member Hoffman as ever been better as Dodd (and that includes his Oscar-winning performance in Capote) and I'm surprised he didn't win a second Oscar for his work here...this performance is intense yet beautifully controlled and slightly creepy. Amy Adams once again proves her versatility in a quietly powerful turn as Dodd's wife, who turns out to be the real power behind The Cause. This performance earned Adams her fourth Oscar nomination. 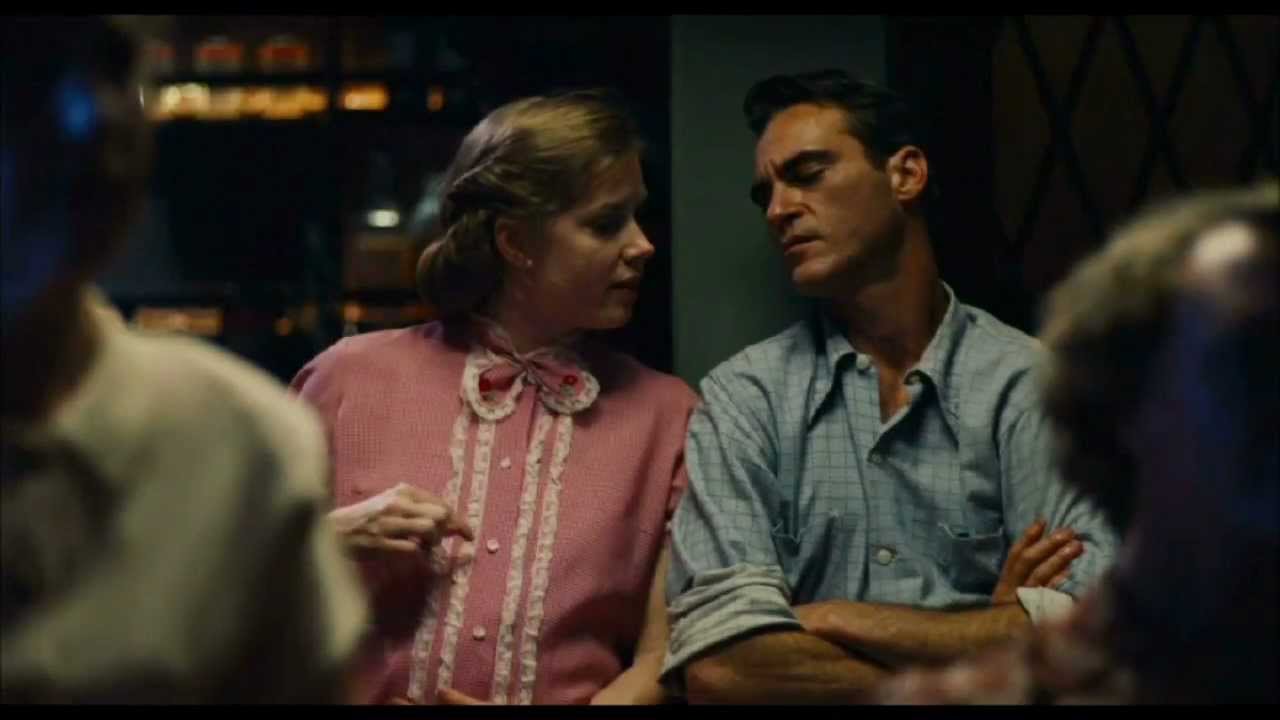 As always, Anderson's attention to production values is first rate, the film is beautifully photographed and I loved the costumes and the quirky music. I just wish his direction had been a little less self-indulgence and that his screenplay had cared a little more about his central character.
» More about The Master
» More reviews of The Master
» More reviews by Gideon58