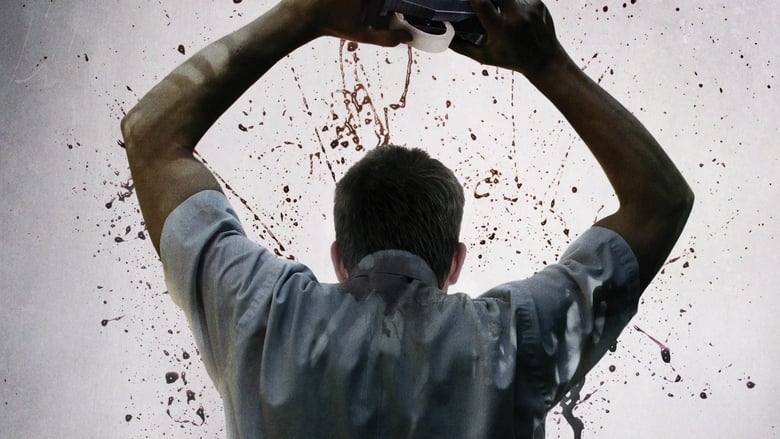 by TheUsualSuspect
posted on 5/11/18
in
The Belko Experiment 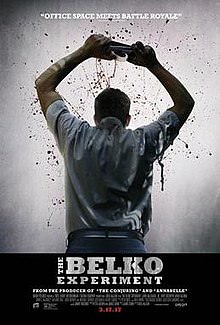 The third act in this film is where I started to have some fun, since it finally embraced the film it was desperately trying to emulate; Battle Royale. Everything before then is what I kind of hate in movies, an uncontrollable dread.

I want to compare it to Blindness, the Fernando Meirelles film starring Julianne Moore who is the only person who can see in a world that has gone blind. A small community of people gather in this building where they try to live out their life while dealing with this blinding whiteness 24/7. Chaos ensues when a small fraction of people decide they want to play God and 'take-over' the complex. They rape, steal and threaten death towards people. All while blind. The one person who can see....does absolutely nothing. It infuriates me right now just thinking about it. So to see a somewhat similar thing here, where a small group of people all of a sudden feel powerful because they have guns and they decide who is going to die...it gets under my skin. Just the thought of having no power of my own life and it being dictated by some a*hole with a gun. The question of "who are you to dictate out lives" is brought up.

The Belko company goes into lock-down with 80 employees locked inside. A voice over the telecoms tells them that they need to kill 30 people in 2 hours, or 60 will die. Some people try to escape and their heads blow-up. Each person has had a small bomb implanted in their heads under false pretenses. Can you kill a friend? A Co-worker? These people find out very quickly and discover that the bloodshed does not stop there.

Battle Royale in an office setting. Beginning and end of story here. While we try to follow a few key people in this building, we mainly follow Michael, John Gallagher Jr. as he tries to calm people down, think rationally and think of ways to escape. Others, like Tony Goldwyn go into self defense mode. His rational is that he has kids, he deserves to survive over someone who is over 60. A small group of other characters pop in and out, played by familiar faces like Michael Rooker and John C. McGinley.

Characters do some stupid things, some characters think they're doing smart things. One person hides for most of the film. Smart person...until the end when they decide to just ride an elevator down to the main lobby. You stay out of sight the entire film, only to let everyone know you're in the lobby with the elevator ding? Come on.

Written by James Gunn, directed by McLean, who helmed Wolf Creek, Belko doesn't shy away from gore. People get shot, set on fire, impaled, explode and smashed in the face with objects. It relishes in the gore presented on the screen. I wanted this film is have more fun with itself, maybe subvert a few expectations, it instead walks that direct line and offers nothing new.