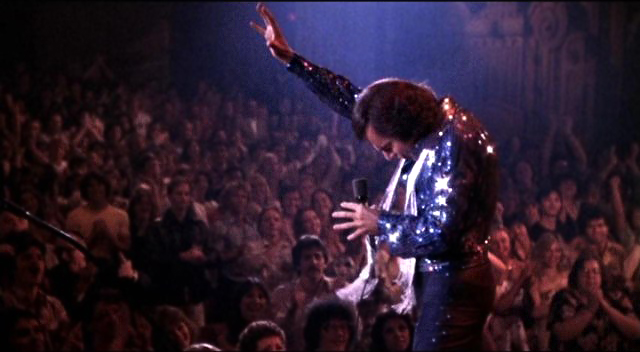 
"The son of a Jewish Cantor must defy the traditions of his religious father in order to pursue his dream of being a popular singer."

I know some say Neil Diamond wasn't the greatest actor in this movie. But I liked him. He had this honest quality about him and I believed he was his character, and that's all important.

The Jazz Singer, is a story that gives us a lot of insight into Orthodox Judaism. It's not a splashy movie, it seems more sincere than showy. The best part was Neil Diamond's music and he has a lot of great songs featured in the movie. 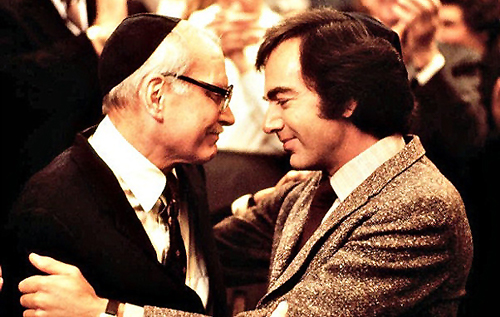 I didn't know Laurence Olivier was in this until I seen his name in the opening credits. But...I didn't see him in the movie! Until I realized he was playing the old Jewish-Polish immigrant who was a Cantor. Wow! what a performance. I would have never guessed that was Olivier if I hadn't seen his name first. 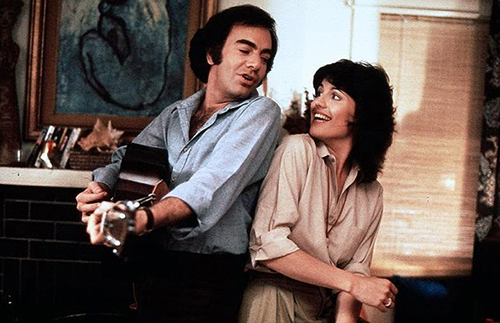 As much as I liked Neil Diamond in this, I couldn't stand his love interest, Lucie Arnaz. Even when I was a teen I couldn't stand her. She grates on my nerves, which didn't help the love scenes any! No!....Neil don't do it! don't kiss her, yuck!

Luckily Lucie is a small part of the movie. I did enjoy the story, except the part where Neil breaks up with his wife and starts a new romance. It was all so sudden...They needed to show him grieving about the break up some. As the way it was shown, he breaks up and then immediately hops into the arms of Lucie, ugh. His wife instead should have been a childhood sweetheart that he was engaged to, but clearly incompatible with. It just seemed so cold heartened the way the wife ends up.