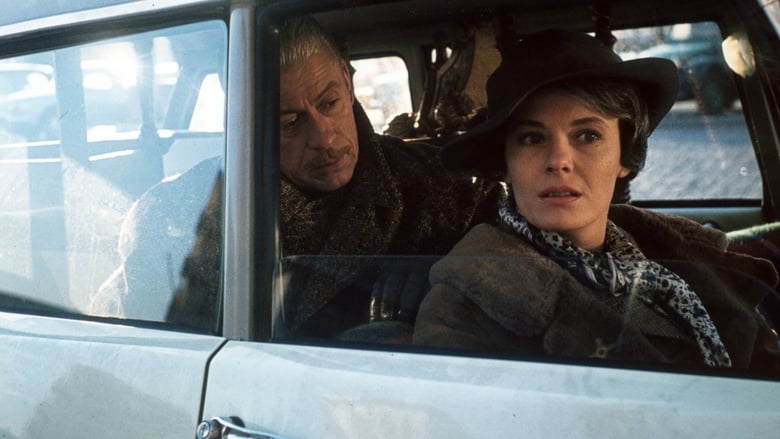 Muriel, or the Time of Return 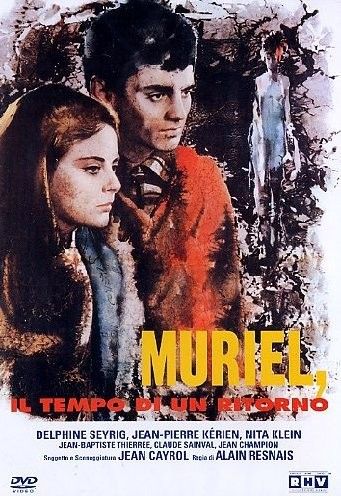 My first encounter with Muriel (and Resnais) came in the mid-1970s when I was a student at the University of California at Irvine. For some reason, this film annoyed me like almost no other. Resnais is a master at using editing in original ways and constructing intellectual puzzles out of his films, and this one really seemed almost beyond pretentious to me at the time. Today, I see the film as being much easier to grasp, although I still see it as a film for a highly-specialized audience. Resnais' trademark non-linear and even misleading editing is still on display here although the actual point of the film seems extremely clear to me now.

Muriel was Resnais' third film (after Hiroshima, mon amour and Last Year at Marienbad) in a trilogy which highlighted rememberances of the past, and in some ways, although it's the fuzziest in its specifics, it seems the clearest in its intentions. Basically, the film takes place in rebuilt (after WWII bombings) Boulogne, France, where Hélčne (Delphine Seyrig, made up to look about 20 years older than she was) greets her ex-lover Alphonse (Jean-Pierre Kérien) and his niece Françoise (Nita Klein) at the railway station and brings them back to her home/antique shop where Hélčne's stepson Bernard (Jean-Baptiste Thiérrée) also lives. Both men have recently returned from Algeria although they never met each other there. This film is set during the Algerian Revolution, and Muriel is Bernard's fiancee who's never shown in the film.

Almost immediately, things prove to be not what they seem. Characters are living lies, they're mixing up their pasts with other characters, and they come together only to seem to try to drift even further apart. Muriel does beg the question whether people on any level can really know each other and share themselves. This doesn't just mean lovers, but parents and their children and friends too. Muriel paints a picture of a world where people make overtures at closeness and changing their lives for the better, but in reality, they seem all too comfortable living in the past, even when that past is a complete fabrication. When you add in some of Resnais' machine-gun-paced editing, the film does become something of an endurance test to sit through with basically no traditional entertainment value at all, except for the possibility of unravelling a couple of mysteries involving characters' past (and present) lives. Even so, the acting is excellent and Resnais' first use of color in a feature film does pay off occasionally in a striking visual juxtaposition. I'll admit that I can get into the film better now because I have a good friend who basically lives in the past and keeps embroidering his past, even when he knows that I won't buy it. Of course, this friend is only trying to cover up his own insecurities and unhappiness with his present. In Muriel, Resnais is taking the entire country of France to task for their bloody participation in Algeria, and he's doing it almost subliminally since the French censors let him off scot free without forcing him to edit any of his film
.
» More about Muriel, or the Time of Return
» More reviews of Muriel, or the Time of Return
» More reviews by mark f