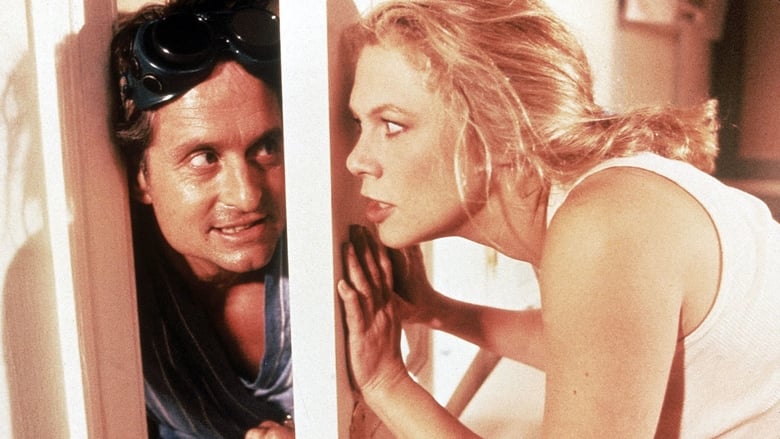 The War of the Roses

by Joel
posted on 1/05/18
in
The War of the Roses (1989)
Director: Danny DeVito
Danny DeVito's second feature as a theatrical film director following Throw Momma from the Train is an ambitious one yet again. Centering around a married couple who's had their run and are waiting to finalize their affairs, The War of the Roses is an elegant horror comedy that really lets its two stars roll up their sleeves and get down and dirty. Kathleen Turner and Michael Douglas have probably never been better in any film. Together with their director, they are sublime.

DeVito keeps the darkness looming with detailed shots and adventurous crane movements. His angles and sensibilities of his own influences take no back seat in any scene, and that's a big part of this movie's charm. It feels like an old sound stage movie. The exteriors feel like an old lot, decorated to the nines with extravagance. But skating on top of all of this craft is a modern (for 1989, anyway) take on romance and the destructive seeds of doom that inhabit a relationship that has been starved of communication, or has been deprived of understanding. We're not altogether sure whose fault any of this messy affair is, but we do know that it's not going to be pretty once the bell rings.

What affected me the most was the amount of body language and just plain cold looks we get from Turner. Her take on the frustrated wife really seals the deal for the true ringing screenplay by Michael J. Leeson. We get the small bits of sarcasm and the voluminous heartbreak of a lover who just doesn't seem to love you back. It's not only scary because of the obvious Hitchcock-like staging, it's scary, horrifying even, because it's something most of us have experienced at one time in our lives when we were into something that was doomed from the start. How two people can go from being madly in love, to absolutely hating each other, even when one party still holds out hope for a rekindled relationship. That hope to mend the broken links and pick the pieces back up. The suffering of knowing it will never happen, and the tailspin of madness one encounters when they are caught chasing their own tail wishing for resolution, getting nothing, and drawing their claws back to take a nasty swipe out in childish resentment.


This is a great black comedy.