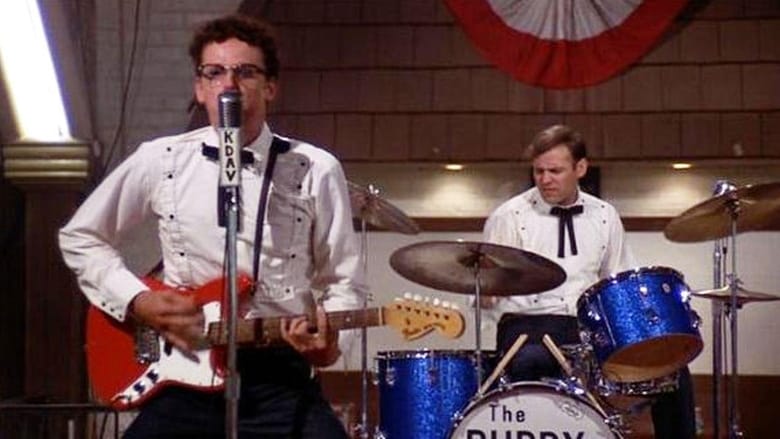 Gary Busey got his Best Actor Oscar nom for playing the title role here, and he not only plays a believable Buddy Holly, but he plays his own guitar, sings and dances. The other Crickets (Charlie Martin Smith - standup bass - and Don Stroud - drums) also sing and play their own instruments. The three do not really attempt to sound like the original records, but the joy and truth of what they do does make it highly worthy of the spirit of original rock 'n roll. The band was formed in Lubbock, Texas and went through some problems trying to be heard, but once the public got a taste of them, they became extremely popular. Buddy also finds time to woo and marry his beloved Maria Elena (Maria Richwine). The film is jam-packed with rollicking musical numbers, especially when the band plays the Apollo Theatre in Harlem and the closing segment with the Big Bopper and Ritchie Valens that fateful night before "The Day the Music Died". The Buddy Holly Story actually ranks as one of the very best films about the birth of rock 'n roll [if not the most accurate] to this day, and it may well take a very long time for another film to ever touch its heartfelt depiction of the 1950s when all races could actually come together over the music; at least if you were young enough and wanted to piss off your parents.