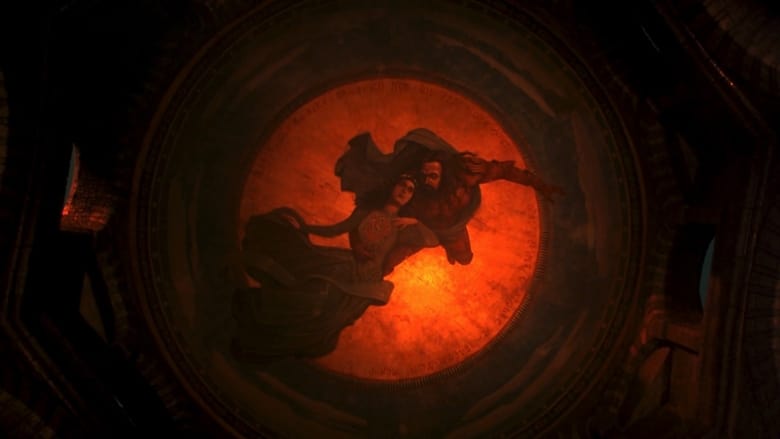 by Joel
posted on 1/02/18
in
Bram Stoker's Dracula (1992)
Director: Francis Ford Coppolla
I've stayed away from Bram Stoker's Dracula for decades because I had it confused with Interview with the Vampire, and also because when I didn't have it confused, I was aware that it starred Keanu Reeves and Winona Ryder. I feel as if neither one of those kids can act, or have much to offer for my movie dollar. Once I noticed Coppolla directed it I knew that I ought to give it a chance.

Let me get the negative stuff out of the way first. Keanu Reeves cannot act. His english dialect is embarrassing. Winona Ryder can tighten her chops up when the volume turns up, and she does indeed serve the story well because she looks absolutely beautiful in this film and when the tension mounts she is a good player.

What is left for me to say is that this is the absolute, hands down, most gorgeous movie I have seen in a very long time and it is definitely Coppola's most attractive film. The use of oranges, purples, reds, greens and natural rustic colors, earth tones and pale blues are like nothing I have ever seen in a film. This is sound stage paradise. There are no cgi effects anywhere to be seen. Everything is matted in camera, forced perspective, double exposure, or simply a complex prop, device or combination of all these arrangements, staged incredibly for essentially a play on wheels.

The writing is adapted from Stoker's original Dracula story with an added introduction of The Impaler and his ties with the Christian church as a holy warrior who finds his life's love has been mislead by the church during his mission. His lover, played by Ryder, throws herself off of a cliff and dies thinking her man has died in the war. Dracuul becomes furious and renounces God when he learns of the church's deceit, and he swears vengeance. His rage turns him into the beast of the earth, dead and without a soul, but his love still lingers from beyond the grave, and he shall travel through time to find his lover's reincarnate, and take her with him to his cursed domain, where they can finally be together.

The story is told in such a way that all of the monster movie elements are removed, and in their places are almost tender and hyper aware emotional conundrums of Dracula. His guilt, his lust and his longing. These are not taken as lightly as they could have been, and because of this, Bram Stoker's Dracula on the big screen is a real event for fans of this story.

Despite the obvious studio pressure on a destitute Coppolla to hire hot young talent, the film is barely affected by this bottom line mentality. We are treated to Anthony Hopkins as Van Helsing, Cary Elwes as Arthur Holmwood, Tom Waits as Dracula's jailed psychic servant R.M. Renfield, and Gary Oldman as Dracula himself. Oldman's performance is top notch, as is Tom Waits', who turns in a peculiar but very disciplined schizo. He has the energy of a character actor, but he's done varied work, so I was impressed.

Everything just looks and sounds great. The story is classic and handled with extreme care, and though this is Coppola's film, credit should really be given in equal measure to his son Roman Coppolla for his astounding visual effect and 2nd unit work. All of the rich and detailed shots and moments of wonder are wrangled by Roman.

The Coppola's are indeed a travelling circus family of highly talented people. If Carmine did the music for this film I think my head would have exploded! Rounding out the immediate visual responsibilities is Michael Ballhaus as lighting camerman.

This movie I could watch every year or so. I'm sure of it. It has so much to see. Just about every frame of this film is loaded with treats. It's a feast for the eyes and senses. It's like that one time you order chinese and it tastes immaculate. The ribs are still sizzling, the lo mein and tender but textural, the spices are mixed just perfectly. You eat some, your knees get weak and you rest. Later on, you go back for more, except now the food must be re-heated. Dracula is like that, only when you go back to it (it's a lengthy film) like I had to, it still remains hot and spicy, sizzling at the bone with a tender and textural satiation.