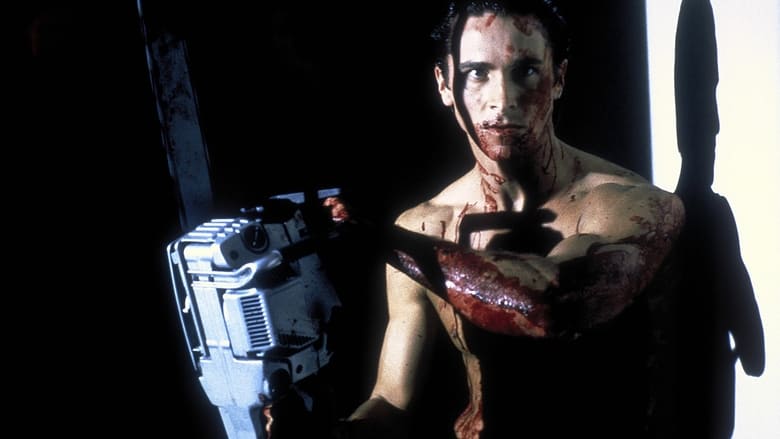 by Joel
posted on 11/23/17
in
American Psycho
(2000)
Christian Bale is not a favorite of mine but after revisiting his work in The Machinist I remembered that at one time his chops were incredible, and he was the new actor that all others would be judged by. I don't feel this way anymore, and for years I had kind of written him off, even going as far to say that Michael Keaton was not only a better Batman, but a better actor. Well, I don't think so, Joel.

Bale's acting in American Psycho is phenomenal. His big moment comes late in the film, but what an incredible piece of acting it is. He is a severe craftsman. Severity, that's what comes to mind when I think of the routines he must put himself through to come across so controlled yet somehow naturalistically jazz oriented on screen. His emotions are bobbed and weaved on top of his otherwise stoic expressions, but when he decides to step out in these moments he does so in such a funny way. He has his choreography down to the point where I am reminded of Ed Harris in China Moon, and how just brushing the knees of a well tailored pair of slacks can seem sensual. I say sensual as a straight heterosexual man. Why has this come across to me? It's because of the acting. It's a craft, and things come across whether you like them or not, and whether you want to see them or not.

American Psycho is chock full of great humor and late video rental fees. Eventually the plot takes a wild turn into a surreal paranoid nightmare and I've never had any real world closure on the wrap up, but it still doesn't bother me enough to minus any like for this movie. It's just expertly done as a film.