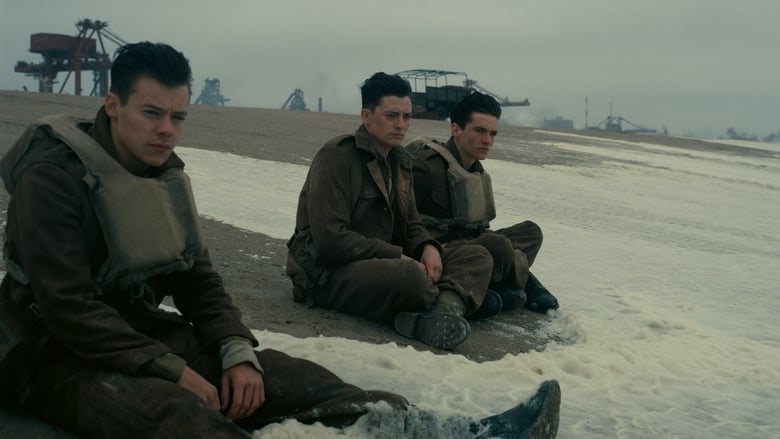 by TheUsualSuspect
posted on 8/21/17
in
Dunkirk

With Dunkirk, Nolan delivers a pulse pounding war film that leaves the bloodshed at home and instead focuses on the tension and dread one would feel when left alone to die. Told from three different perspectives; the soldiers on the beach, the pilots in the air and the civilians in the boats, Nolan again plays with time and perspective to give another element to a generally straight forward genre.

I didn't know what to expect from this film, it being his shortest one since Following, based on historical events and his first solo writing credit. Knowing that he couldn't (or shouldn't) play his usual tricks on the audience, given the subject matter, Nolan relies on the visuals instead of the story. The film is gorgeous to look at and effectively places you at Dunkirk, or even more miraculously, in the air with those planes. While it leaves the usual layered story telling Nolan is known for at home, it still tells a compelling enough tale to engage the viewers experience.

Characters are more or less one-note. This film isn't concerned with giving anyone a particular arc, it's more focused on the soldiers as a whole. War was never really one person's story and this is about the effort for the rescue. So while I can understand some people having complaints about a lack of story or connections to characters, it didn't bother me so much. It's a sad fact, but it's true that some nameless soldiers defended our lands and instead of Nolan glorifying anyone in particular, he shines a light on everyone.

I mentioned being put into the experience of flying and Dunkirk's highlights for me is when we are in the air. Using Imax cameras, Nolan captures the perfect flying experience. Beautifully shot by Hoyte van Hoytema, whom also worked on Interstellar, Dunkirk is one of, if not the, most beautifully shot Nolan film to date. Aiding the visuals is the score by Hans Zimmer. A constant ticking is almost current throughout the whole film, always letting us know these men are out of time.

I felt a smile creep on my face when we see the shot of all the civilian boats in the water. Mankind coming together for the good of the world is always a nice feeling. The story line that involves Cillian Murphy on the boat felt a bit awkward and used for forced tension for their side of the story, but it's a small distraction in an otherwise well done war film. Dunkirk is not Nolan's best, but it shows he doesn't need to rely on tricks or gimmicks to make an engaging film.
» More about Dunkirk
» More reviews of Dunkirk
» More reviews by TheUsualSuspect