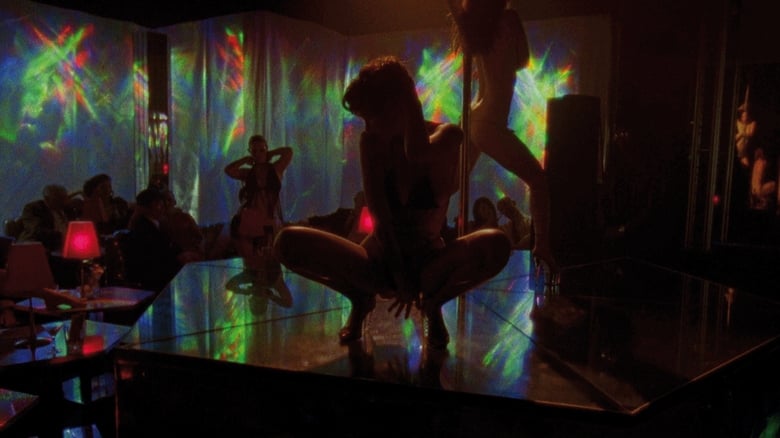 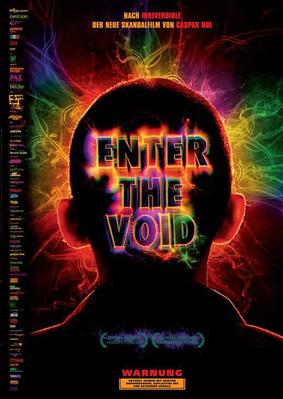 This movie looks like it was lit by an irradiated purple Christmas tree. The radical, kaleidoscopic cinematography is the easiest thing to admire here. It can be gorgeous, though the beauty doesn’t come without occasional soreness. The flashing lights could turn Ray Charles’ corpse epileptic.

​The camera is directly behind the lead for the better part of the first half, and the second half is shot sluggishly overhead. Imagine being a voyeuristic floating snail. Beyond the remarkable air-cam peeking over people, the color-splotchy psychedelic effects are the most standout technical feats. They frequently carry the movie. Thus, the visual effects department deserves a giant slab of credit for this.

As a fan of early industrial music and dark ambiance, a flash of Throbbing Gristle and Coil gave me an immediate bias. They even picked a searing ANS excerpt from one of the more obscure nooks of Coil’s catalogue. Respect.

Despite constant negative dealings with drug fiends, it doesn’t really come across as an anti-drug movie. Just… look at it. Maybe it’s more about the cavalier youth, and self-harming decadence. A lead getting irrevocably sucked into a seedy underworld isn’t an original idea, but the execution here is. The ambition is also revved up in the end with a trance-y exploitative creation of life. I’ve never seen spermatozoa with such vibrant attention to detail. :/ I’ll tell ya what though… the movie’s got balls! ………. I’ll be here for the remainder of the week.

This is a different sort of exploit. Much of it is sad or nerve-wracking in lieu of pure exploitative disturbance or nihilism. Many seem repelled by pornographic content in features, but the more exploitative bits are fitting here, at least insofar as portraying a sexually warped vision from a weaselly, sleep-deprived-looking mofo (I really like Noé though

). Freudian themes presented with this sort of odd psychedelic anxiety can be even more discomforting than overt twistedness.