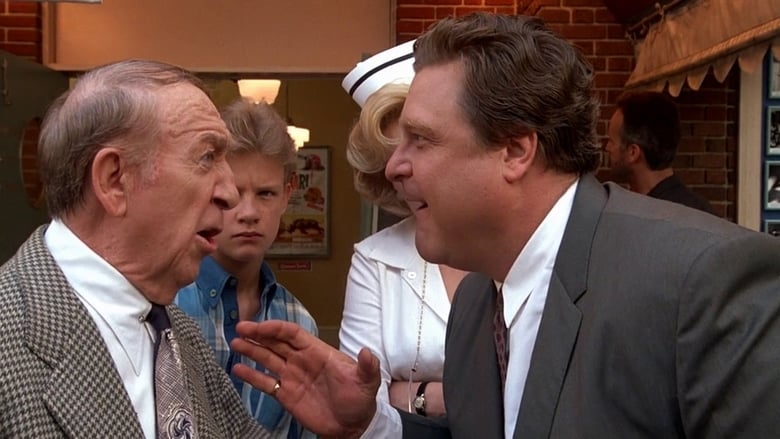 Set in 1962, Matinee opens up on a military base centering on a fatherless family and a young boy's eventual involvement into a legendary b film producer's in-person appearance at the local theater where he helps run the prop heavy show of a new series of creature features that build in shock seats, odor-rama and flying insects as part of the spectacle.

Watching this movie reminded me a bit of Cinema Paradiso. Director Joe Dante clearly loves films and takes any opportunity to pay a deep love letter like respect to his youth. The story, like Paradiso, also unfolds with a father figure who fosters the boy into his dream world and lets him take the wheel.

Amidst the war and nostalgia themed segments, I felt this film, unlike Paradiso, was missing a strong romantic component. Obviously this is not a very heavy or serious film but it does play with themes that prevent itself from being pure camp. I think that is where I fell off a bit. Tonally this is an interesting movie. It's certainly not a film that hits all of the formulaic notes for a period comedy. Strange things happen outside of the obvious film-within-film parameters. Some of the dialog is straight out of left field and plays hiding in plain sight subtle. I just wish Dante would have tightened up his writing/editing a bit. I didn't find myself completely immersed in either world. The drama I was disconnected from and the camp, though closer than the dramatic, was still too eclipsed by the thematics to fully engage me all of the way through with a general feeling of glee and celebration.

Regardless of my minor distractions, I'd probably recommend this movie to just about anyone with an attention span and who loves movies. It is a fine film that does things no other film has done, and does them well. It just happens, like most Dante movies happen to be, a bit uneven.