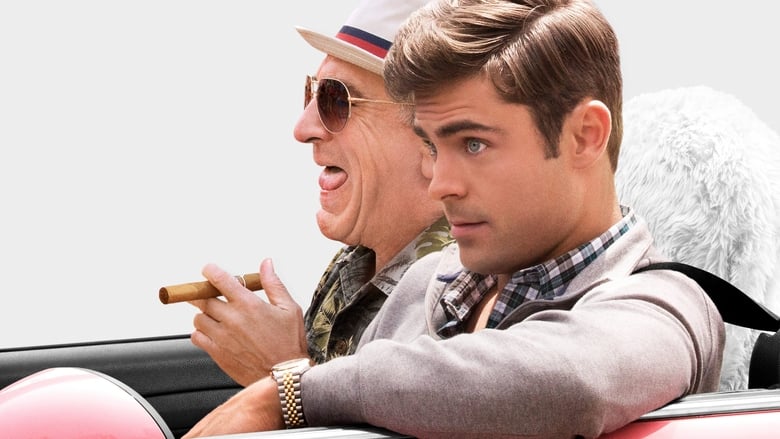 by Gideon58
posted on 6/13/17
in
DIRTY GRANDPA
Dirty Grandpa is an overblown 2016 comic misadventure that has star power and provides laughs but the laughs are kind of cheap and easy. The comedy stars Robert De Niro as Dick Kelly, a retired army colonel who lives in Georgia whose wife has just died and at the funeral he asks his grandson, Jason (Zac Efron) an uptight young attorney to drive him to Florida to a destination he allegedly planned to visit with the deceased and it is this road trip that defies cinematic convention at every turn.

The defiance of storytelling should come as to no surprise since the director, Dan Mazer, who also directed Borat and Bruno, two thoroughly unconventional film comedies and Mazer employs the same manic sledgehammer approach that he did to those Sasha Baron Cohen comedies, taking a razor thin story that doesn't really sustain interest and disguises the story deficiencies with profanity, comic violence, and unmotivated sex and nudity. It seemed whenever the story started to lag, either De Niro would start cursing or Efron's clothes would come off and believe it or not, both only worked up to a point and I found myself trying to scratch my way back to a story that was bubbling underneath but never fully rises to the surface. De Niro just seems embarrassed spouting a lot of dialogue that just didn't make sense for a character his age and Efron is just miscast as the tight-ass attorney coming out of his shell, no matter how attractive that shell might be. I suspect Mazer was aware that Efron was miscast as well and maybe that's why he kept the guy out of his clothes for a healthy chunk of the running time thinking that we might not notice.

The movie does have its laughs, but they're just kind of easy and we don't have to work very hard for them. De Niro and Efron do have a funny supporting cast including Julianne Hough, in her most effective screenwork to date as Efron's bitchy fiancee, Jason Mantzoukas as a twisted drug dealer, Adam Pally as Efron's BFF and best of all, Aubrey Plaza as a bimbo who inexplicably spends the entire running time trying to have sex with De Niro's character. There's a lot of talent involved here and some money was definitely poured into this, but the whole thing never really engages the viewer and makes you care about these people.
» More about Dirty Grandpa
» More reviews of Dirty Grandpa
» More reviews by Gideon58