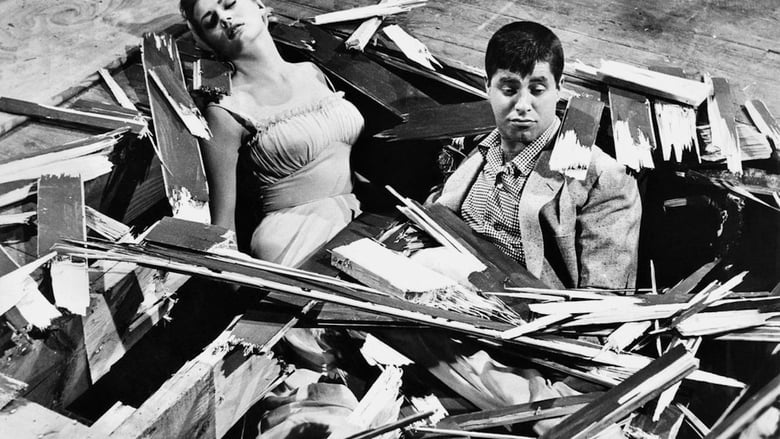 by Gideon58
posted on 4/09/17
in
HOLLYWOOD OR BUST
Hollywood or Bust is a 1956 comedy with music that has a footnote as the last onscreen teaming of Dean Martin and Jerry Lewis. Martin plays Steve Wiley, a singer and chronic gambler who owes $3000 to a bookie and plans to pay him by making copies of all the tickets to a contest where a new car is being given away so that no matter what ticket is called he will win. Unfortunately, the young man in possession of the real winning ticket, Malcolm Smith (Lewis),a nerdy movie fan obsessed with actress Anita Ekberg, is not going anywhere so Steve convinces Malcolm to take a road trip to Hollywood where they plan to sell the car and Steve can introduce Malcolm to his "neighbor" Anita Akberg. En route, they encounter a would be chorus girl (Pat Crowley) who Steve falls for.

By this time in their careers, Martin and Lewis were a well-oiled machine and it comes through in every frame of this movie. Erna Lazarus' screenplay merely serves as a blueprint for our stars, who clown and play off each other like they've been doing it forever and I wouldn't be surprised if a lot of what ended up onscreen here was improvised and not part of the script at all. A script was never an absolute necessity for Jerry Lewis and his gift for improvisation as well as for physical comedy serve him well here. But the real surprise here was Dean Martin, who not only provided his accustomed velvet pipes to the proceeding but a real penchant for physical comedy as well. After working with Lewis for almost a decade, this should have come as much of a surprise, but, unlike their previous film, Living it Up, Martin never fades into the woodwork and provides just as many laughs as his partner. 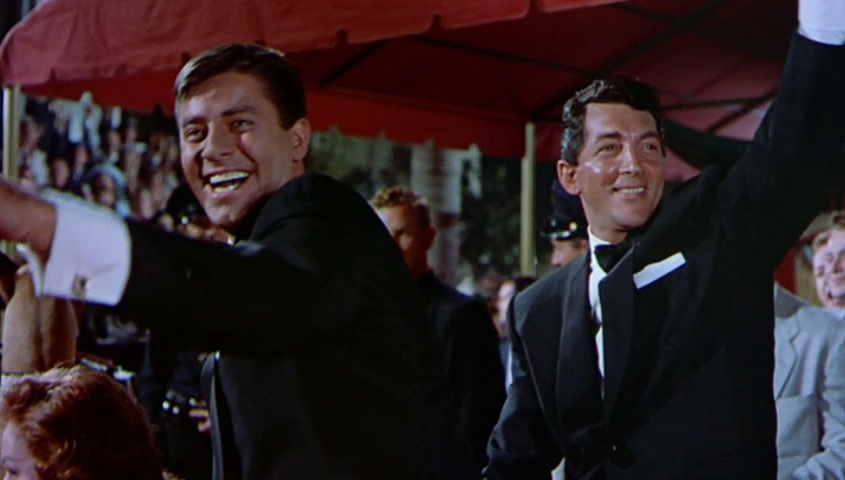 The film features some terrific songs by Sammy Fain and Paul Francis Webster, who wrote the score for Calamity Jane. The highlights include "A Day in the Country", "It Looks Like Love", "The Wild and Wooly West", and the title tune. And just like Dino does more clowning in this film than usual, Lewis decided to do a lot more singing in this film and whether or not that this is a good thing is a matter of personal taste I guess. 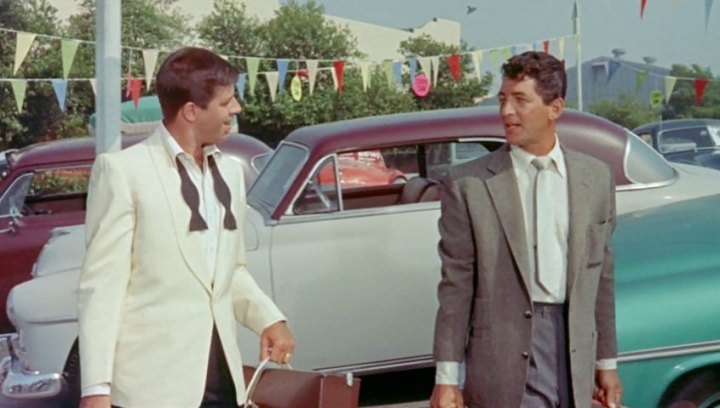 Director Frank Tashlin provides breezy supervision for our stars, staying out of their way and letting them do what they did better than anyone. Crowley is a charming leading lady and Ekberg offers a cute cameo as well and mention must be made of a large Great Dane named Mr. Bascomb, Malcolm's best pal, who steals every scene he's in. A worthy swan song for one of Hollywood's greatest screen teams.
» More about Hollywood or Bust
» More reviews of Hollywood or Bust
» More reviews by Gideon58