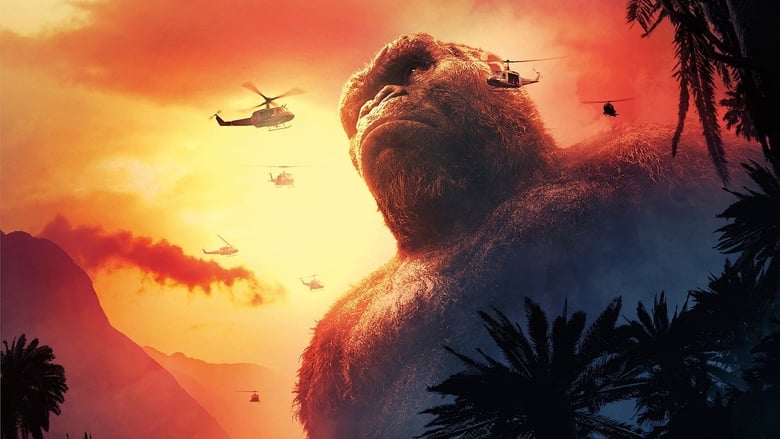 The Story
Firstly- this movie is fecking awesome. Secondly- it does everything just about right. From the moment the movie starts we see Kong in all his glory. And the movie waste's no time into delving right into the thick of things, which of course was a huge problem with the 2005 King Kong. Sure, thing's feel a little bit rushed at the beginning when we first meet our characters, but who cares?. All we want is Skull Island, and giant gorillas anyway right?. This time around Kong is alot more terrifying too. He's a 100ft gorilla that behaves exactly how you would expect a 100ft gorilla to behave. He squashes people like their bugs, eats people, and destroys anything he feels threatened by. He truly is the king of skull island and he feels more powerful than ever. What i also liked about this movie; and it's something i think Gunslinger mentioned in his review thread, was the movie felt like a Vietnam War movie. Obviously it's not your typical type of war movie because it involves a 100ft gorilla, but the movie does have that feel, and the whole war and soldier angle really works.

Movie Trivia;
Kong's design is inspired by a combination of King Kong (1933) and the Japanese adaptation in the 1960s. This allows the creative team to both utilize a look similar to the classic Kong, while drawing upon the exaggerated "kaiju" aspects, and powers, displayed by the Japanese adaptation, such as greatly exaggerated height, build, strength, and supernatural abilities. This will allow a more "even" confrontation with Godzilla, in the upcoming Godzilla vs. Kong (2020).

Sets were built at Kualoa Ranch, Hawaii, near the same filming locations as Jurassic World (2015).

Michael Keaton and J.K. Simmons were originally attached to the film, but both had to drop out due to scheduling conflicts. John C. Reilly took over Keaton's role while Samuel L. Jackson replaced Simmons.

At the premiere in Vietnam the 16 foot tall display model statue of King Kong was engulfed in flames which was caused by the models of smaller volcanoes surrounding the statue. The fire was extinguished in fifteen minutes and no one was hurt.

The poster for the IMAX release is an homage to the iconic poster for Apocalypse Now (1979).

Samuel L. Jackson repeats his line, "Hold onto your butts," from Jurassic Park (1993), which is also about an island inhabited by giant creatures.

The Cast
Samuel L Jackson was fantastic. He's a pretty messed up character with a fair few problems, and there are a few intense moments between him and Kong too. Then we move onto John C Reilly who again is pretty messed up, but in a completely different way to Jackson. Jackson is more insane like a psycho path, were as Reilly is more lost from the world crazy. Anyway, John C Reilly brings the humour to the table, and there are actually a fair few laughs to be had from him. The rest of the cast are pretty meh... except Kong of course. He's by far the star of the movie.

Movie Highlight
I really enjoyed the opening half hour of this movie. I enjoyed the helicopter scenes as they battled through the storm clouds to get to Skull Island. My hairs were standing, and my body was full of excitement as Kong came along and started to smash the helicopters out of the sky, and caused absolute mayhem. It was a fantastic scene that had me glued to the big screen.

My Verdict
Overall Kong Skull Island was one of the most exciting movies i have seen in a very long time. It's everything i could of hoped for, and it's a massive upgrade on Godzilla. All i can say is i'm super excited for Godzilla vs Kong now. And i really hope we see even more of Kong after that. Fantastic movie.