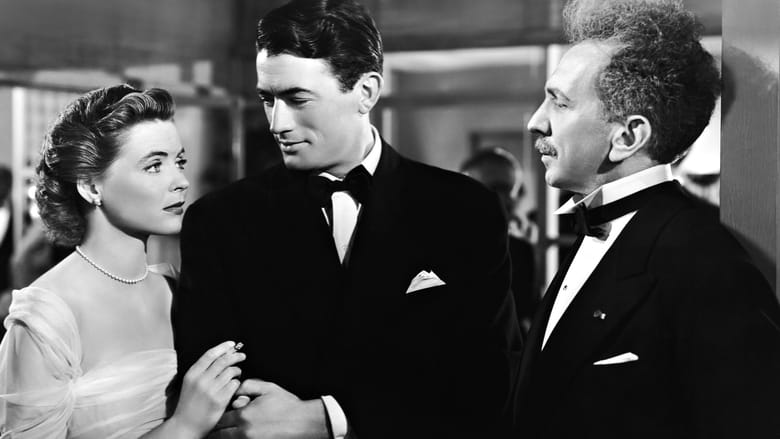 About: A reporter who takes on a writing assignment to uncover the hidden story of anti-Semitism, by pretending to be Jewish himself.

Review: Unlike some of Elia Kazan's other well known social issues movies, Gentleman's Agreement doesn't pack a lot of emotional punch...but, I came to the conclusion that its lack of strong emotions about racial injustices actually makes it more effective and grounded in reality.

I don't know how many movies I've seen about bigotry that shows the victim being horribly mistreated, which then infuriates the viewer, producing a strong reaction. But that emotional manipulation by directors is a bit like a chief who pours to much Tabasco into their dish. A little is good, a lot isn't.

I felt the kind of anti-Semitism bigotry this film explored was more realistic than the bombastic type that could have been shown. I also liked that it was explored from different angles, including the bigoted Jewish secretary who was bigoted against those she thought was 'too Jewish'...In that way they showed quiet discrimination taking place, which made it seem more grounded to me.

Oddly Elia Kazan thought this was one of his weaker movies.

From IMDB:
Despite winning an Oscar for his direction, Elia Kazan revealed in a later interview that he was never fond of this movie, feeling that it lacked passion on his part and he thought that the romance was too forced.
I have to agree with Kazan that I don't think the romance worked well. Though I don't know what he meant by 'too forced'? I thought the script gave the two leads good reason for falling in love and I think the romance scenes were filmed well.

But IMO, Dorothy McGuire does not have that great of an acting range, she's a bit of a cold fish and had no chemistry with Gregory Peck. She's well cast here as the reserved well to do, country club lady but not real personable, so not much chemistry.

The best romance chemistry was the scenes with Celeste Holm and Gregory Peck and that's thanks to Celeste Holm. I love the subtle way she clues us in on her interest in Peck.

My favorite scene in the film is (the picture above)... is where she's alone with Peck and he's talking about his problems and doesn't have a clue she's interested. I love the way she aimlessly stirs her coffee with a spoon. Her continually stirring really speaks volumes. I wonder if that was Kazan's idea? Hers? or even the script writers?

I'll finish by saying I liked Gregory Peck in this and I liked the way the story was told....Oh and I loved the cottage that they visit in Connecticut. When they enter the house and she shows him around, that's a very long scene take, without an edit, impressive! I'm pretty sure that was a real house and not a studio set too.