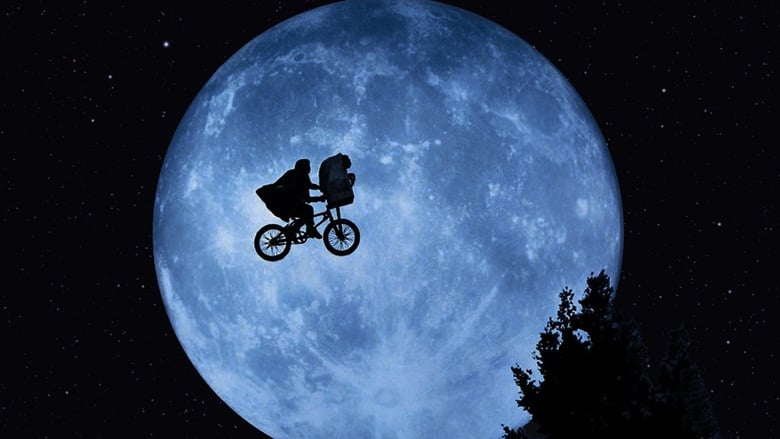 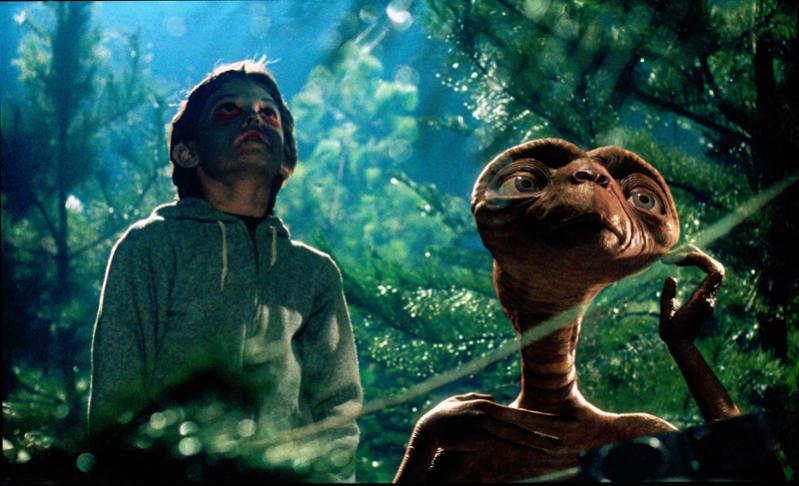 Talk about a movie that took me back in time...I last watched E.T. the Extra-Terrestrial way back in 1982 at the theater, 35 years ago! My parents took me and I really enjoyed it! I remember thinking that it was awesome how this little alien was so friendly, but needed help...and a kid, of all people helped him in his time of need. I remember thinking how cool it would be to find a space ship in the woods like the boy in the movie did. I believed if there were indeed aliens they would be kind hearten like E.T.

So last night, after 35 years I watched this again. I'd like to say I still felt the magic and I still believed. But that would be a lie. I couldn't connect to the film..and I think the reason is that, this time I seen E.T. as a rubbery puppet. I couldn't suspend my disbelief and so E.T. wasn't anymore real to me than the stuffed toys in Elliot's closet. And if I can't believe the premise, there's nothing much else left. 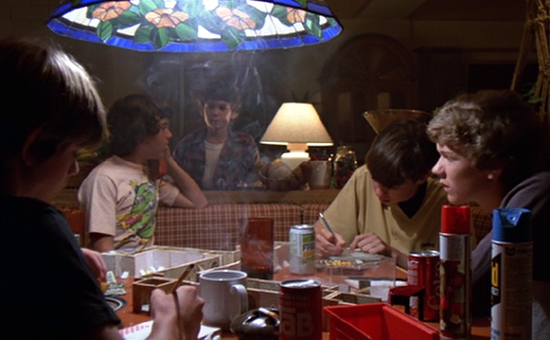 This scene bothered me, as it's odd. There's a cigarette smoldering in the middle of the teens who aren't old enough to drive and they are not presented as juvenile delinquents in the movie. And mom is right there too in the next room and minutes latter comes into the kitchen. So who's smoking? The mom? we never see her smoke and she's not seated at the table, those are all 14-15 years old playing a game. It's a very weird scene. 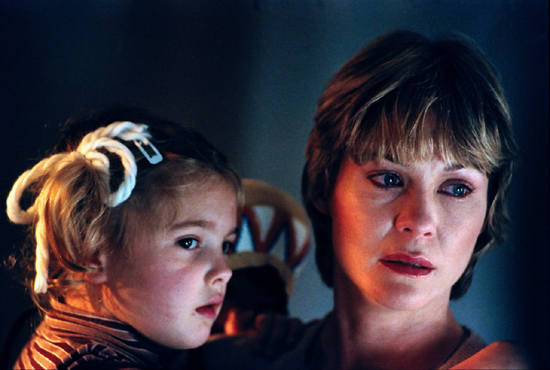 I found the two kid actors: Henry Thomas (Elliot) & Drew Barrymore (Gertie) to be pretty darn good. Sometimes kid actors can be annoying, but here both were likable. Little Drew had the best lines, especially when she first meets E.T. and screams...and he screams....and she screams again and again. That was a funny moment, there were a few others too like that but for me those moments were too few and too far between to hold my interest.