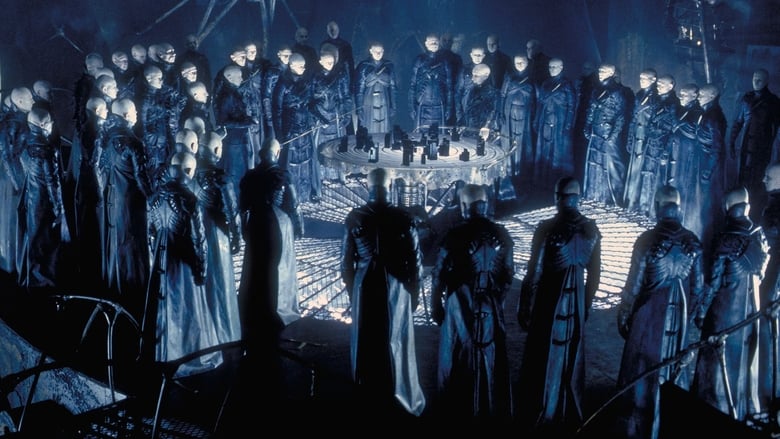 About: A man (Rufus Sewell) awakens in a rundown hotel room and discovers he's lost his memory and is wanted for a series of murders. Then he receives a call from a strange doctor (Kiefer Sutherland) telling him to flee before the cops arrive. Outside, he discovers a strangely dark city with people who can't seem to remember details of their own lives. 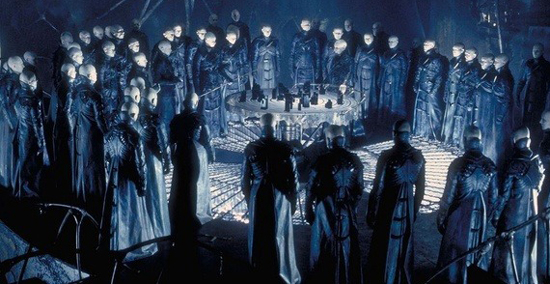 At midnight the aliens use their collective mental energy to 'Tune' the city, reshaping buildings and streets with their thoughts.

Review: Dark City could've been one of the great Sci Fi's, right up there with Blade Runner or 2001. It's got the look...with it's gothic noir city, bathed in perpetual darkness. There's enough atmosphere here even for a Ridley Scott film. And the story idea of a film noir-sci fi, mystery-thriller was very promising.

But I couldn't help but feel like the movie was lacking. Everything seemed rushed and incomplete, like I was watching an outline of a story without the extra moments included that make it memorable. I felt like I didn't know what the characters where about, I was never emotional involved in the film. Even though it looked cool, it had no soul.

Rufus Sewell is John Murdock, the man who can't remember.

Jennifer Connelly, doesn't get to do much, but she does sport a Veronica Lake hair do.

After the movie was over I read that it has one of the shortest shot lengths for a modern movie, averaging only 1.8 seconds per camera shot. That quickness of the film eliminates much of the movies suspense, with little time for character supposition and reflection. It felt incomplete...missing were the subtle nuances that give goose bump moments and come from longer scenes that make you think about the film for days afterwards.