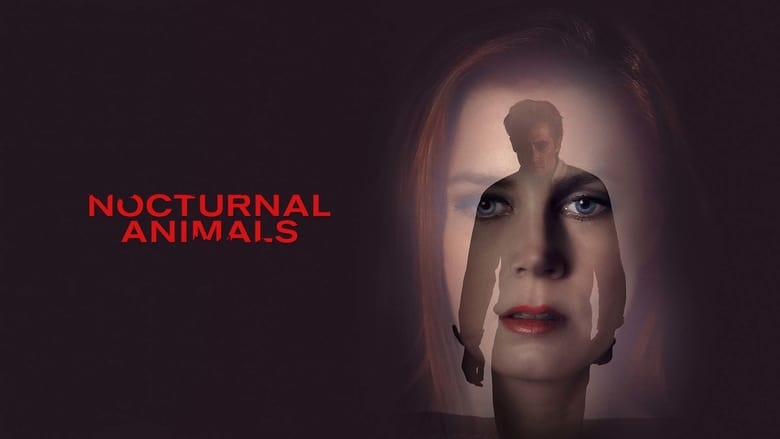 Nocturnal Animals is a suspense movie, directed by fashion designer Tom Ford, his first shot at directing a full length movie. It’s a full budget trifle, complete with A List stars. Taken from the book entitled Tony and Susan by Austin Wright, with a screenplay by Ford, Nocturnal Animals follows the characters in three different time periods, one of which is the fiction of the book.

Amy Adams plays Susan Morrow. She is an elite, high priced art gallery owner who stages events for the celebs in Los Angeles. It’s the sort of gallery that attracts money. The opening of the movie and the latest show includes a performance piece with six naked, obese women dancing on a stage, leading to a display of incomprehensible, but expensive art that I can’t imagine buying, even if I had the money. She’s not very happy with her glitzy, shallow glamor-art life and, her rather bland husband both losing money and cheating on her. It’s uncertain which is worse. Years before, she had a previous marriage to Tony Hastings (Jake Gyllenhaal), back when she aspired to be an artist and he was a budding novelist. In the past, she had belittled his attempts at writing, dumped him and aborted their baby. When the movie opens, Susan is contacted by Tony, who sends her a pre-release copy of a novel, Nocturnal Animals. The story plays out in three periods, one of which is fictional. Aside from present reality, we also get flashbacks of Susan and Tony’s past life and the dramatization of his tense, violent, disturbing book. We see that plot as Susan reads the book. We have the implied impression that Susan’s marriage is ending and that Tony wants to get back with her.

A large part of the movie is Tony’s book. He is the main character in his own book. Tony, his wife and daughter are traveling through the lonely desert in west Texas when they are attacked by a group of stereotypic, crazy, psychopathic rednecks. The wife and daughter are brutally murdered but Tony barely escapes into the desert. He is eventually found by the police and detective Bobby Andes (Michael Shannon) is on their case. He is a stereotype too, an anachronistic, wild west manhunter, the man of few words, with the steely eye and fast gun, who pretty much ignores the law when it suits him. He’s also dying of lung cancer, smoking like a chimney, spitting out pieces of his lungs and has nothing to lose. He would probably prefer to die with his boots on. A year after the murders, he has a lead on the perpetrators. He and Tony go on the hunt. Meanwhile, in the present reality, Susan reads the book and sets up a date to see Tony in an elegant LA restaurant, so they can share some memories and she can talk about the book. She seems to think she owes him that much after their troubled past. The rest of the movie (a spoiler) is the manhunt and the date.

Nocturnal Animals has had good, but not glowing reviews, the main negative being the shallow portrayals of the characters. They seem to all be cardboard characters, the decadent LA art scene and diva gallery owner, a struggling writer, crazy, murderous rednecks, and the relentless manhunter are all exactly what you expect them to be. The characters offer no surprises at all. My cynical observation is that they are literary characters created by a fashion designer for a photo shoot in Vogue, just Photoshopped images, not people. On the plus side, the purpose of the movie is not really characters but suspense and pacing, which the movie does really well. Several people walked out of the showing I attended, but if you see the nightmare through to the end, the plot twists are worth the increase in your blood pressure. It really IS that tense. It’s excellently filmed, with a minimum of special effects, and has a dark, noir-inspired look.

I thought that the movie drew a lot of inspiration from those old Alfred Hitchcock films like Vertigo, Rear Window, North by Northwest and Psycho, all films where characters were thin, but the situation and resulting fear were the real grist of the plot. A longer movie with fleshed out characters would not really be the point of the story. As it was, Animals was lean, with few wasted seconds and tense nearly from beginning to end. If you like that sort of movie, this is a high recommendation. If you think that crazy redneck violence in the desert is better not seen, then this is not your movie, although a lot of the worst violence is implied rather than seen, like in Psycho. My observation was the the people who walked out were all older women, so take that for whatever it’s worth. When I’m in a nightmare, I’d rather finish it, and not leave it hanging, so I stayed for the entire movie.

Acting performances were quite good. Amy Adams portrayed Susan as being burned out on glamor, understanding her big money world but also knowing how pointless and decadent it all seems. Jake Gyllenhaal is excellent, both as the younger, aspiring Tony and as the terrified and vengeful father and husband. As always for this great character actor, Michael Shannon is terrific at characterizing this sketchy, tense, brooding, wild west detective. Andy is the sort of character that would have been created in a previous generation by Clint Eastwood, not many words, lots of flinty-eyed scowls, a lot of spitting, violence always just a second away. Enjoy it if you can, but it’s worth seeing.