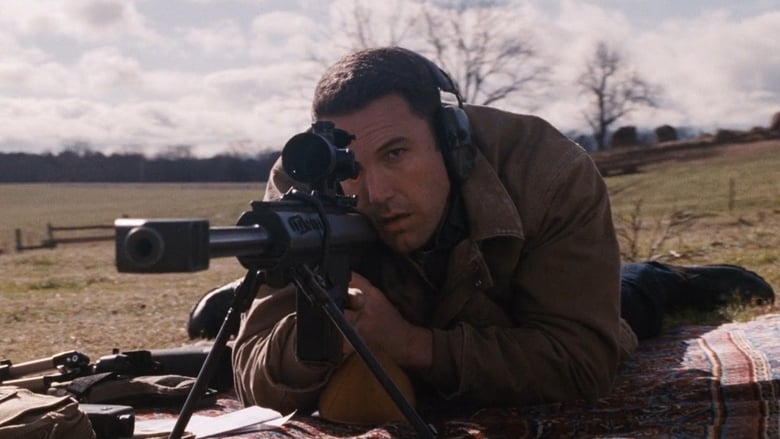 by skizzerflake
posted on 11/05/16
in
The Accountant

I’ll go right in and state up front that I’ve never been all that fond of Ben Affleck as an actor. He’s spent a lot of recent years behind the scenes in the film industry and that seems to suit him better than being in front of the lens. His latest starring role is in The Accountant, a suspense film, directed by Gavin O’Connor and written by Bill Dubuque. Co-stars include Anna Kendrick, J. K. Simmons and John Lithgow.

In the story, Affleck plays Christian Wolff, a high-functioning, autistic, forensic accountant. He’s not much on communication, but he is a wizard at understanding “the books”, especially for some of his less reputable customers, gangsters, who are keeping tabs on who might be siphoning off money from their ill-gotten gains. Wolff has an awful childhood background, having been institutionalized for a while as a kid, then removed into the tender love of his psycho-father, a military fanatic whose idea of childhood discipline makes marine boot camp look like a Brownie Scout cookie bake. During his time in the institution, Wolff had formed a friendship with a mute girl, Justine, one of his only real connections in the world, a fact that becomes important later.

In his practice, Wolff gets hints about the activities of his clients from a mysterious voice on the phone, someone quite adept at hacking and uncovering creepy exploits with gangster money. Meanwhile, Ray King (Simmons) is a Treasury agent, on the hunt for Wolff. When he uses threats to reveal unsavory activities of another accountant, Marybeth Medina (Kendrick) to induce her to help him in his investigation, she becomes involved in Wolff’s life. In addition, the voice on the phone has uncovered King’s investigation and provides Wolff with a legitimate project to help cover his activities. Auditing the activities of a robotics company partly run by Lamar Black (John Lithgow) provides some cover for Wolff, however, the internal rivalries in that company seem to be as dangerous as the Gambino family. Some very minimal romantic sparks are flying between Wolff (he can’t do much in the way of sparking) and Medina, so she is in danger too. That’s when we find out that Wolff has yet another “unique talent” to use, that as an expert assassin, a skill he’s quite willing to use in order to clean up loose ends in all of this forensic-criminal-gangster activities. Bodies fall, heads explode and nobody who’s on the wrong side of Wolff is not in danger.

Well…what’s MY verdict? Did I like the movie? I’ll start by giving it one star for being competently produced, acted and filmed. I’ll add a star for the fact that it had continuous suspense and held my interest right up to the violent end. A rerun of a Cheers episode can also do that. I can’t do more than that, however. On the other hand, it’s dense and complicated to a fault, too labyrinthine for a movie that basically is about Wolff using a big gun to shoot lots and lots of bad guys from a long distance.

Acting wise, the high functioning autistic label for Wolff gives Affleck the cover he needs to engage in uninteresting, flat, rote acting. He’s not bad at dressing well and looking blank when he’s really mentally very active, but there’s really not much acting in that and certainly nothing interesting about the character. Anna Kendrick, on the other hand, is basically the Anna Kendrick we see all the time, cute and animated, but not much of a reach, acting wise. J. K. Simmons is pretty much as we see him in insurance ads on TV, nothing very interesting there either. A few other supporting characters do their jobs, as do dozens of gangster-goons. They are the tough guys who, after 15 out of 16 of their compatriots have been shot dead by a sniper, continue to charge straight ahead, right into the bullets. Yeah, right, that’s believable.

With not much other than well executed action to recommend it, I can’t recommend spending your movie money on The Accountant. There’s no higher conclusion to be drawn from the plot and nothing particularly artistic about how it’s played out. Wolff, as an autistic person who is also a sociopath and assassin, won’t do much for the reputation of people with that particular disability, and Affleck won’t do much for his reputation as an actor, nor for the profession of accounting. All that with no other redeeming artistic value. Anna Kendrick is still cute, however, and J. K. Simmons will probably continue to do insurance ads on TV. Whoever manufactures the assassin rifle will probably get some additional business from real assassins…whoopee. I was glad to have that two hours over with.