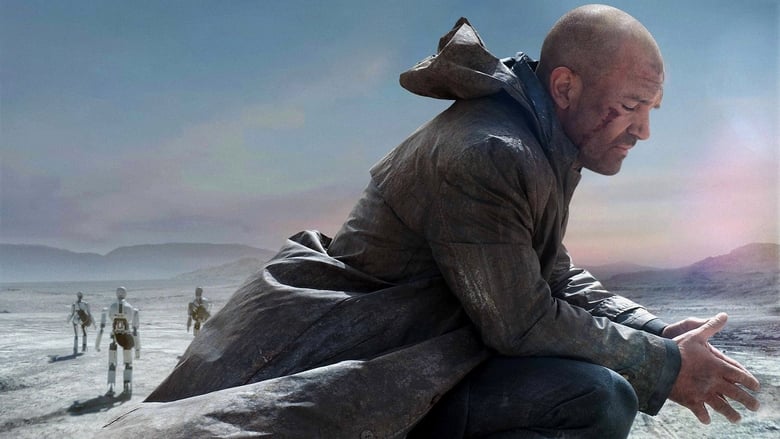 Automata is a science fiction film set in a dystopian, post-apocalyptic world, where nuclear weapons have rendered most of the Earth’s surface uninhabitable. The remnants of humanity live in densely-populated cities where, despite some technological regression, there are robots everywhere, fulfilling many of the society’s menial roles. These robots are governed by two protocols, and the plot revolves around a robot inspector who investigates several robots which somehow don’t obey one of these protocols.

Does that sound familiar to you? The two protocols are shown in the opening titles of the film, and they closely resemble Isaac Asimov’s Three Laws of Robotics. The rest of the set-up, involving robots breaking these laws, is also rather reminiscent of I, Robot, a film based on Asimov’s stories. The Earth being mostly irradiated save from a certain few locations is also a concept that has appeared in numerous science fiction films, such as the 2012 version of Total Recall. Overall, the film’s premise is rather unoriginal, and this initially gave me a poor initial impression of the film.

However, the film does eventually go in a different direction to I, Robot and similar films, and explores interesting philosophical issues related to artificial intelligence. However, some other clichés of the genre appear throughout the film, somewhat limiting its effectiveness.

Automata’s acting is also of mixed quality. Antonio Banderas gives a generally good performance as the main character, but he does over-act at a few points, and some of the minor characters also don’t act well.

Automata generally has good cinematography, and impressive (if sometimes derivative-looking) CGI - though, some of the robots definitely inhabit the “uncanny valley”. The soundtrack also works well, featuring a lot of classical music (which, I have to point out, is also not original).

In conclusion, Automata is a science fiction film that explores interesting philosophical issues related to artificial intelligence, though it is let down somewhat by the frequent appearance of genre clichés and resemblance to earlier sci-fi films.